Did we accidentally piss off LeBron James and inspire a deleted subtweet and possible Lakers championship? 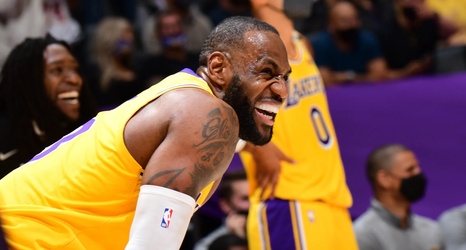 A little over two years ago, our own Anthony Irwin sent a tweet about LeBron James that may have inadvertently helped inspire a killer offseason and revenge tour that resulted in a 2020 championship:

Now, beyond that being a historically atrocious tweet and arguably the dumbest take Anthony has ever had, it may have been literally the only social media post calling him washed at the time.

Why is that relevant? Well, because of the phrasing LeBron used to describe himself the whole next year:

Now, far be it from me to credit anyone named Anthony for that championship other than Davis, but still, our own resident hot take artist may have played a small role in at least inspiring an all-time hilarious, self-given nickname.