Did Ruben Patterson really call himself ‘The Kobe Stopper,’ and did Kobe Bryant actually ‘torch’ him? 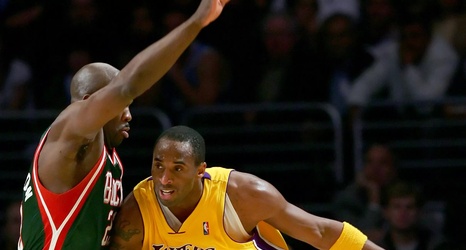 The story of Ruben Patterson calling himself “The Kobe Stopper” is one of the more fun urban legends surrounding the career of former Los Angeles Lakers star Kobe Bryant, but it’s actually unclear how true it actually is.

Bryant recently got back into the story during an appearance on ESPN, telling host Neil Everett that he would have helped Patterson — his teammate during the latter’s rookie year — get a new contract, which is what Bryant thought Patterson was trying to do by supposedly giving himself the “Kobe Stopper” nickname:

Everett: Ruben Patterson made the mistake of talking that he might be ‘The Kobe Stopper.