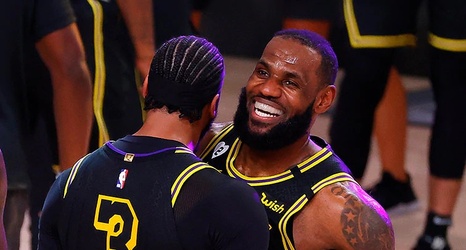 Lakers Nation, give it up for Anthony Marshon Davis Jr. (31 pts, 9 reb) and the big fella’s game-winning three to give the Lakers a 105-103 victory over Denver. The guys are now 3-0 in their Kobe City Edition Uniforms.

“That was Mamba right there. Mamba Mentality.” pic.twitter.com/SjHEQ4QwLQ

It was the shot heard around the NBA as an AD triple hit nothing but net in the final seconds of tonight’s game. But arguably the best part of the night was watching Davis yell “Kobe” as he embraced his teammates.