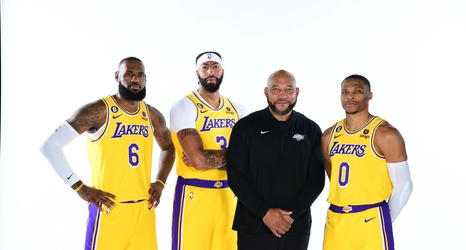 As the Lakers continue training camp, it sounds like new head coach Darvin Ham has been experimenting with a few different variations on what could be the starting lineup for the team this year.

Unsurprisingly, it seems as though LeBron James, Anthony Davis and — despite Ham’s assertions to the contrary — Russell Westbrook are basically locks so far, but Ham also revealed at practice on Friday that there have been a few contenders for the team’s open shooting guard spot, and (seemingly) very little competition at center.

Darvin Ham said an early starting group has been: