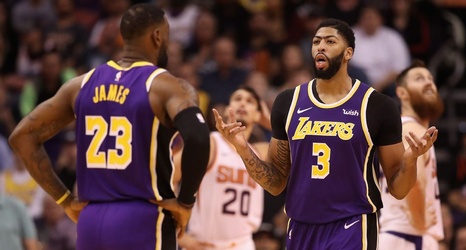 PHOENIX -- Anthony Davis had a wrap on his right shoulder before the game and tape around his ribs by the end of it, but neither setback stopped him from putting up 24 points and 12 rebounds in the Los Angeles Lakers' 123-115 win over the Phoenix Suns on Tuesday.

"For him, when he's showing that grit when he's playing with injuries, there's no reason for any of us not to be out there as well.