Anthony Davis: Lakers Are ‘Top Team In The NBA When 100% Healthy’ 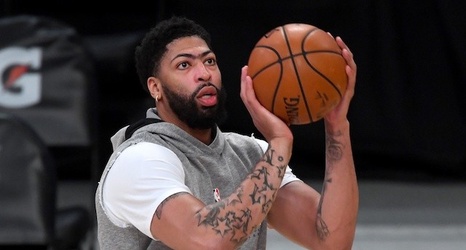 The Los Angeles Lakers can’t get rid of their ill-fortune this season. In yet another loss, Thursday’s 118-94 defeat to the L.A. Clippers, the reigning NBA champions played over two quarters without Anthony Davis, who hurt himself before halftime.

Davis appeared to have twisted his ankle after falling to the ground near the LED boards on the sidelines. But L.A. listed back spasms as the reason why he would not come back to the game. Without Dennis Schroder, LeBron James, Talent Horton-Tucker and now Davis, the Lakers couldn’t overcome the 23-point deficit they finished the first half with, suffering a seventh loss in the last 10 games.