Source: Dwyane Wade Wants To Sign With The Lakers 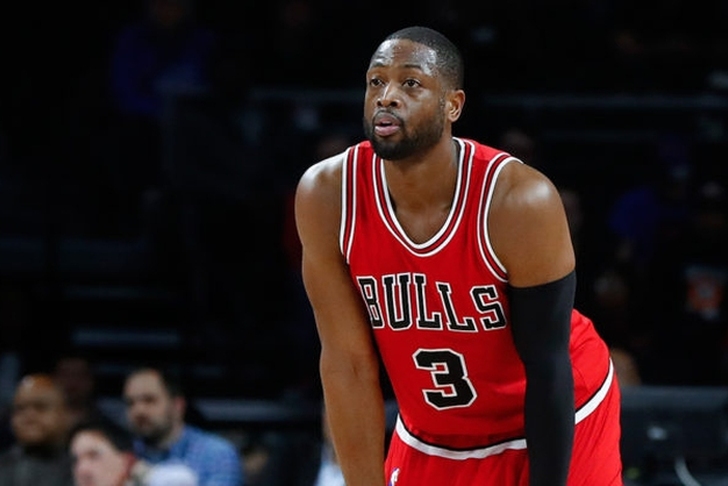 Dwyane Wade picked up the $23.8 million player option on his contract with the Chicago Bulls for the upcoming season, but he wants to join the Los Angeles Lakers either as a free agent next summer or if the Bulls buy out his contract, according to a source with knowledge of the situation.

Wade, 35, plans to play two or three more seasons before retiring and views Los Angeles as a jumpstart for his life after basketball, which includes a possible broadcasting career, according to the source. He also has several interests outside of basketball - including startup tech investing - and being in California would allow him to further explore those interests.

Along with his post-career desires, Wade views the Lakers as a developing team where he could serve as mentor for their young core. His wife, actress Gabrielle Union, is in favor of moving to Los Angeles and playing for the Lakers.

The Cleveland Cavaliers were considered the favorite to land Wade when he hit the open market as they would give him the opportunity to play for a contender alongside good friend LeBron James. Wade is intrigued by the Cavs, according to the source, but is concerned about the future of the franchise.

James plans to opt out of his contract to become an unrestricted free agent after the 2017-18 season, and it's a "serious possibility" that he signs with a team other than Cleveland.

The Lakers have been focused on maximizing their cap space for next offseason, when they can have over $60 million to spend. That would enough cap space for the Lakers to sign two players to max contracts, fulfilling their goal of adding two superstars by 2018. Among the players who can or will be unrestricted free agents next summer include James, Paul George, Russell Westbrook, DeMarcus Cousins and DeAndre Jordan. The Lakers figure to be interested in all of them.

As such, Wade could accept a pay cut and take the mid-level exception from Los Angeles. There is a chance that the Lakers could try to frontload a two- or three-year contract if Wade gets bought out and they are able to sign him this season, but Bulls head coach Fred Hoiberg told ESPN that they have plans to buy Wade out.

"As of right now, no. I don't see that," Hoiberg said. "Dwyane, he's going to have an important role on this team as a mentor. He's going to obviously play for us and hopefully play well. And take the role of leadership; it's going to be very important with him."

Chicago is just starting a rebuilding process after trading Jimmy Butler to the Minnesota Timberwolves, though Wade picked up his player option just days before that trade was made. The two sides have continued to discuss a buyout since, though it doesn't appear imminent.