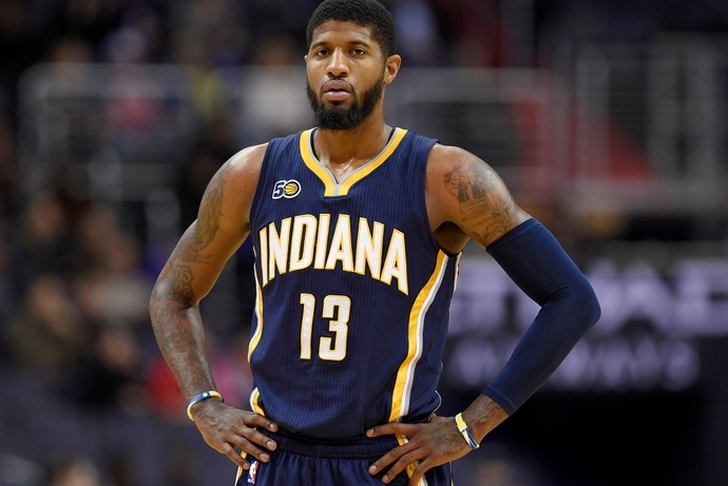 The Los Angeles Lakers don't plan on trading for Paul George, because they think they can get him in next year's free agency. It helps that George is reportedly telling friends he's going to head to Los Angeles.

"According to people not authorized to speak publicly, George, a Palmdale native, is still telling friends that he intends to be a Laker in 2018. Because of that, he knows the Lakers have little incentive to trade for him now," Tania Ganguli of the LA Times reports. "Although George’s feelings could change, especially if he is traded to a team he likes, the Lakers aren’t willing to part with too much to trade for him."

The Lakers have refused to give up Brandon Ingram or Lonzo Ball, two players the Pacers want back in a trade for George. The Lakers' offer before the draft was Julius Randle/Jordan Clarkson and two late first round picks. When the Pacers passed on that offer, the Lakers focused on ensuring they had the cap space to sign George in 2018. The Lakers will instead focus on adding shooters and signing players to short-term deals.

"Of course in free agency we will be very, very strategic to keep the cap space in July 2018,” GM Rob Pelinka said. "We are going to be very sacred about that. We worked hard to get in that position and so we will be smart in free agency but add the right players to make sure our young guys are developed the right way and not too much too soon."

George has told the Pacers he will leave after the season. The Pacers are trying to trade him, with the Celtics offering the best package so far. But the packages are limited and not up to the true value of George thanks to his desire to play for the Lakers.