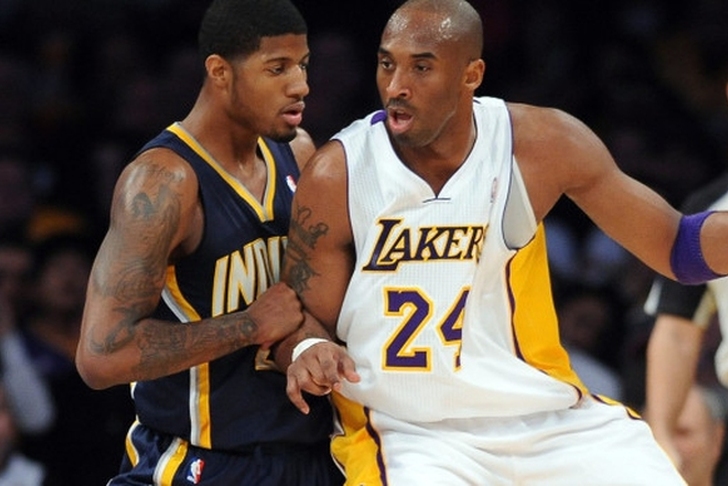 The Los Angeles Lakers are looking to deal their top pick in the upcoming draft for an impact player, and that player could be Indiana Pacers star Paul George, according to Bill Simmons.

Piggybacking on what @ColinCowherd said about LAL - I believe the Lakers AND Celtics want to deal their lottery picks for impact players.

Also hearing that the Lakers want to make a BIG run at Paul George with their top-3 pick plus other stuff. (Not that they'd get him...)

If the Lakers offered Indy their top-3 pick plus Russell for PG13... I mean... I don't think Indy says yes but it's def a meeting.

Simmons took his speculation a step further with the mention of DeAngelo Russell, the No. 2 overall pick in the 2015 draft. While Russell had a solid rookie season for L.A., the point guard caused a rift in the Lakers locker room after his infamous social media post involving teammate Nick Young.

The Lakers have a lot of cap space heading into next season with only seven players from last year's roster currently on the books. The team will obviously explore their options with some of the top free agents on the market, but a trade for a player like George would accomplish the same end result.

George is currently in the middle of a five-year, $80 million max contract he signed with the Pacers in 2013. His deal runs through the 2018-19 NBA season.