REPORT: Lakers Closing In On Trade With Pacers For C Roy Hibbert 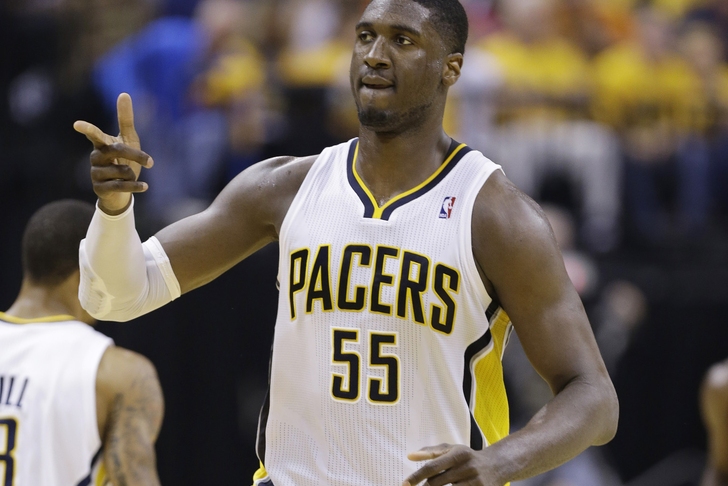 There are still some issues being worked through regarding the fine details of the swap.

Per Adrian Wojnarowski of Yahoo! Sports:

Trade kicker is $2.3M bonus Pacers pay Hibbert -- but impacts Lakers salary cap. No deal can be completed until July 9. Time to complete it.

Lakers angling to preserve as much salary cap space as possible -- and bring on HIbbert in the deal. Sides believe it'll get worked out.

While the trade has yet to be finalized as of yet, Adrian Wojnarowski gives us an idea of just what the Lakers will give up in this swap:

The Los Angeles Lakers are closing in on a trade that will net them Indiana Pacers center Roy Hibbert, per a report by ESPN's Marc Stein and Ramona Shelburne.

According to the duo's article posted on Saturday, "Sources told ESPN.com the teams still are discussing the final framework of the deal but have committed to a swap that will see Hibbert absorbed into the Lakers' salary cap space after they missed out on all of their primary free agent targets."

Pacers management reportedly attempted to convince Hibbert not to opt into the final year of his contract, one that is worth more than $15.5 million for the 2015-16 campaign. Head coach Frank Vogel even hinted that Hibbert could be benched next year as the team looks to take on a faster pace, while team president Larry Bird’s quote on Hibbert’s opt-in decision was met with the verbal equivalent of a disappointed shrug.

Regardless, Hibbert only has one year left on his deal -- an expiring contract that could serve as both a trial period for him in Los Angeles and an assurance that the Lakers could seek out a replacement in 2016 free agency if things don't pan out.