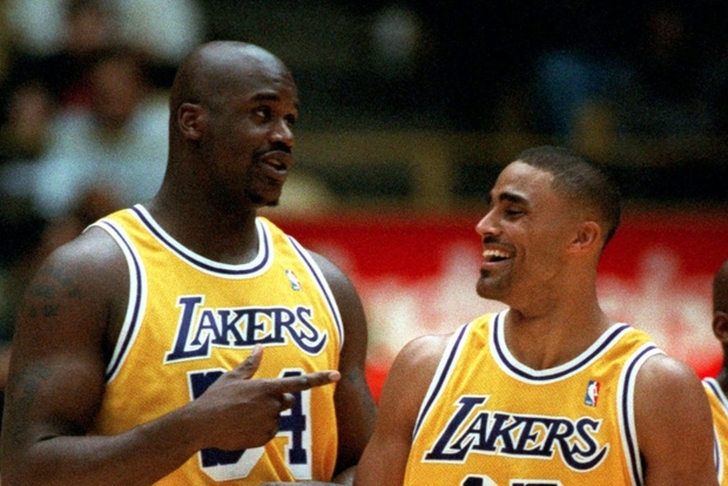 NBA free agency is set to start on Saturday, and the Los Angeles Lakers find themselves at the center of several rumors again this offseason. While the Lakers aren't planning to be active on the open market this year, they have a rich history of adding marquee players as free agents. Here are their five biggest signings in franchise history:

Let's go ahead and lump these two together, shall we? After extremely successful careers with the Seattle SuperSonics and Utah Jazz, Payton and Malone signed on with the Lakers to team up with Shaquille O'Neal and Kobe Bryant. Both players are in the Hall of Fame, which makes them worthy of inclusion on this list, but their short-lived Lakers careers were relatively average and didn't end in a championship.

Fisher was drafted by Los Angeles in 1996, and after being an integral part of the Lakers' three-peat from 2000-2002, he spent two seasons with the Golden State Warriors and one with the Jazz before the Lakers re-signed him in 2007. In his second stint in LA, he helped the Lakers win two more titles, making him one of the most accomplished players in franchise history.

Fox isn't the best player on his list, but his value to the Lakers make him one of the best signings. He provided three-point shooting and a tough defensive presence during LA's three-peat, proving to be the most valuable role player on that team. In total, Fox played seven seasons with the Lakers before retiring.

You were expecting someone else? The Lakers lured Shaq away from the Magic in 1996, and all that followed were three championships as he turned into one of the best big men - and best players - in franchise history. His number is now retired and he has a statue outside of the Staples Center. During his time in Los Angeles, O'Neal averaged 27.0 points and 11.8 rebounds.