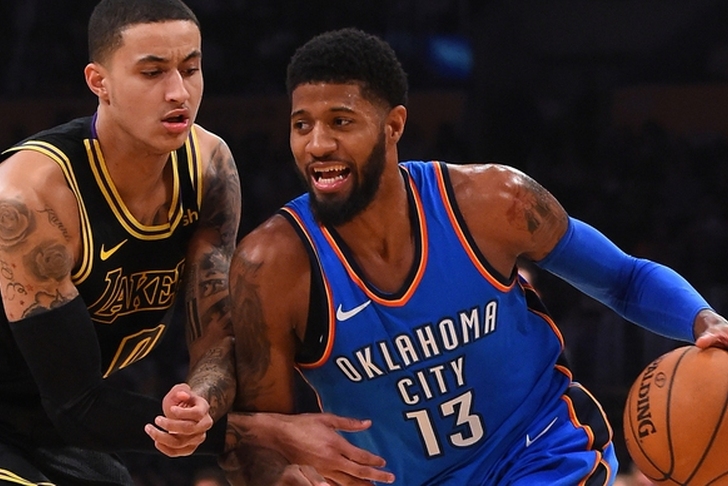 The Los Angeles Lakers have been planning to pursue Paul George in free agency this summer for well over a year but, with George talking glowingly about his season with the Oklahoma City Thunder and the relationship he has developed with Russell Westbrook, his free-agency decision has become one of the most intriguing of the offseason.

Allegedly, apparently, Paul George plans to stay with the Thunder. I know it’s not what people believe but, in separate conversations, I’m told PG’s agent has told people associated with the NBA that PG believes the injury loss of Andre Roberson was huge and he’s staying.

Disclaimer, though: Believing everything that agents allegedly say can be dangerous to your health.

The Lakers cleared enough cap space at the trade deadline to sign two players to max contracts this offseason and are hoping to land both George and LeBron James. However, if they fail to land George, it greatly decreases the likelihood that they'll be able to sign James.

Los Angeles is prepared for that and plans to pursue both Kawhi Leonard and Klay Thompson when they become free agents in 2019, but they'd prefer to land those All-Star caliber players now instead of waiting another year to try again.