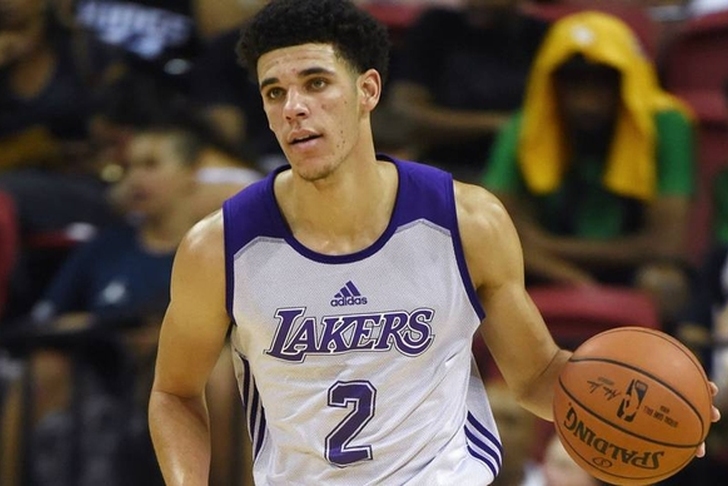 After leaving Sunday’s Las Vegas Summer League semi-final game with a mild calf strain in the third quarter, Lonzo Ball has been ruled out of the Laker’s championship game tonight against Portland.

Ball has averaged 16.3 points per game along with 9.5 assists so far in the Summer League and has brought new life into this young Lakers squad with his mythical passing ability and court vision. His entrance in the league has also made it one of sport’s hottest programs as the Summer League has broken numerous attendance and TV rating records throughout the summer.

It’s obvious the Lakers don’t want to push their young star and at the end of the day, this preseason championship game is just that, a preseason game. Ball isn’t expected to miss any regular season time with this injury, but hey, at least we won’t have to worry about what shoes he wears on the court tonight.

Download the Chat Sports app now for breaking alerts on this story.