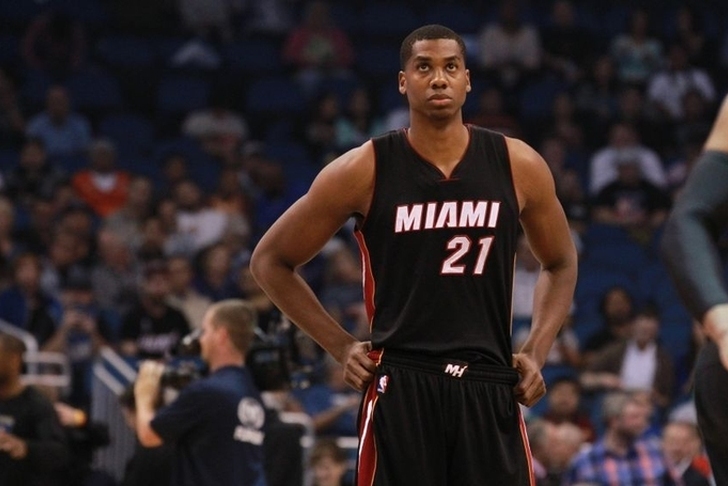 The Los Angeles Lakers have a very promising young core with the addition of No. 2 pick Brandon Ingram in the draft and are loaded with cap space. The Lakers are aiming high in free agency, but it's unclear if they'll be able to land their top targets. Here are all the latest Lakers rumors and news you need to know.

Whiteside Not Coming To L.A.?
The Lakers reportedly wanted Hassan Whiteside and he was at the top of their list, but much like Kevin Durant, it appears Whiteside won't join the Lakers.

The Heat and the Mavs are considered the favorites for Whiteside, with the Blazers as the darkhorse. With Whiteside not an option, the Lakers will look toward Al Horford and maybe Festus Ezeli to take over at center.

Evan Turner Interested In Lakers?
The Lakers are in the market for veteran help, and Mark Medina of the Los Angeles Daily News reports Turner wants to play for the Lakers.

Boston free-agent shooting guard Evan Turner has expressed interest in about six NBA teams, including the Lakers and Celtics, according to league sources familiar with the situation.

However, it's unclear if the Lakers have interest in Turner. They have cap space to spend and could use Turner's veteran presence on the wing.

Lakers Looking At Mozgov?
Cavs center Timofey Mozgov didn't play much in the NBA Finals, but he's still drawing interest from teams. The Lakers are among that group.

Lakers could also be in the mix, I've been told, depending on how big men shake out early in free agency. https://t.co/rUoEcRIxNJ

Mozgov might not be a starting caliber center, but he's a quality No. 2. Big men get paid, even backup ones, so Mozgov could end up with a surprising deal. If the Lakers miss out on their top targets, they could turn to Mozgov.