Lakers Willing To Trade Everyone But Julius Randle 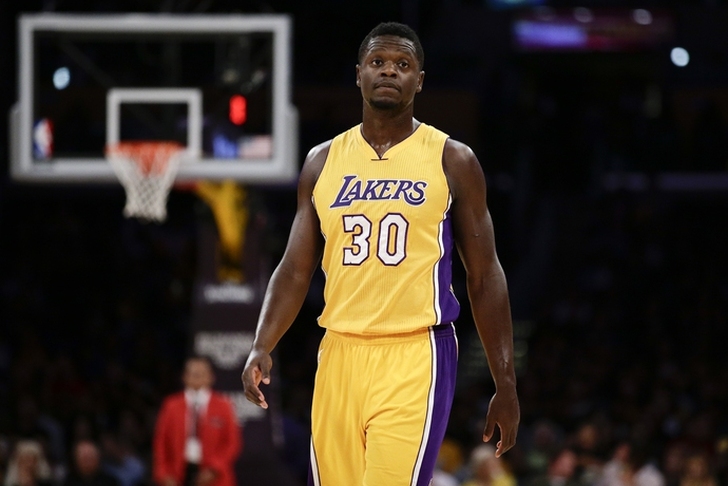 The Los Angeles Lakers are trying to develop a young core they can build their team around, but they aren't necessarily happy with who they have. According to FOX Sports' Colin Cowherd, the Lakers are willing to part with everyone other than Julius Randle including this year's No. 2 overall pick D'Angelo Russell, who the Lakers reportedly aren't willing to wait on to develop:

ESPN's Chris Broussard says that the Lakers would like to trade their young talent to create cap space for multiple top free agents or to get a proven, high-quality player in return:

The Lakers would trade three of them, they’d like to keep Julius Randle, they’d move the other three to rebuild it with multiple free agents and Randle’s the only one they really truly believe is ready very quickly to be on a really good NBA team.

The franchise is starting a new chapter with star guard Kobe Bryant announcing his retirement at the end of the season, but it appears as though the front office doesn't have a real gameplan going forward.

Los Angeles is just 3-15 on the season, good for the second-worst mark in the league.