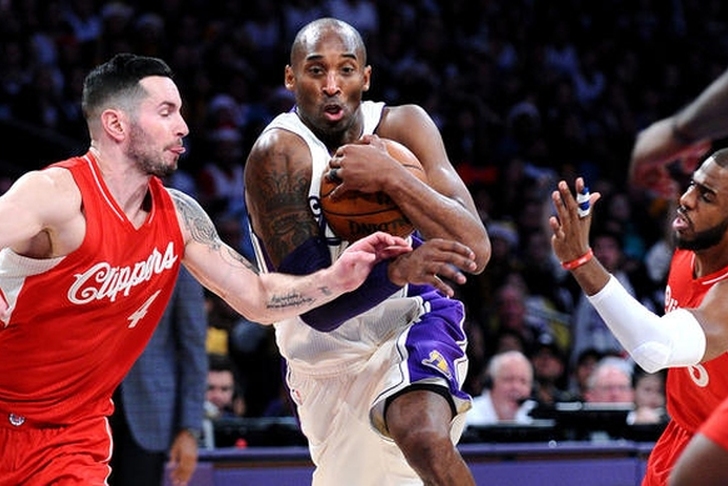 Even though they've been one of the worst teams in the NBA this season, the Los Angeles Lakers have been one of the biggest draws in the league. After all, they lead the league in road attendance thanks to this being superstar Kobe Bryant's last season before he retires.

However, their game against the Clippers on Christmas Day received the lowest ratings of the five games of the day, posting a 2.2 overnight rating and 4.2 rating in Los Angeles. A lot of that has to do with the start time, as the game didn't tip until 10:30 pm ET. The Clippers won the game 94-84.

The NBA Finals rematch of the Golden State Warriors and Cleveland Cavaliers drew the highest ratings of the day, posting a 4.2 overnight rating. Thunder-Bulls was second with a 4.0 overnight rating, while Spurs-Rockets drew a 2.5 rating, and Pelicans-Heat took home a 2.3 mark.

The Lakers lost to the Grizzlies 112-96 today. They will face the Hornets in Charlotte on Monday in the second game of their three-game road trip.