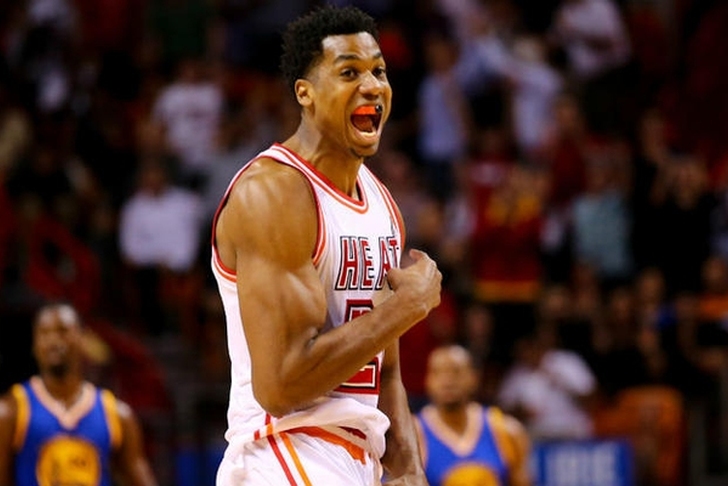 Lakers pursuing Horford
Los Angeles is firmly in the mix to land Hassan Whiteside and DeMar DeRozan, both of whom they figure offer max contracts to, but there's another max player they're also targeting this offseason - Al Horford.

According to ESPN's Marc Stein, the Lakers are one of seven teams (Rockets, Magic, Pistons, Wizards, Celtics, Nets) trying to lure Horford away from the Hawks, and plan to meet with him once free agency begins on July 1.

However, Horford also seems to be their backup option if they strike out on Whiteside, who plans to make his decision on the first day of free agency.

LA falling behind for Whiteside
As for Whiteside, the Lakers are thought to be one of the favorites to land him, and his recent words about lacking loyalty to the Miami Heat seems to help their chances (via the Fort Worth Star-Telegram).

The Lakers will offer Whiteside a max contract, which certainly appeals to the "businessman" side of his decision, as does the potential endorsement deals that come from playing in Los Angeles.

However, one thing working against the Lakers is Whiteside's desire to be the focal part of a team's offense, which LA simply can't promise with D'Angelo Russell, Julius Randle and Brandon Ingram on their roster.

The Dallas Mavericks plan to make Whiteside the focal point of their offense, which appears to make them the frontrunner. The Fort Worth Star-Telegram says the Mavs "will tailor their offense around him and make sure he gets between 15-20 field goal attempts per game."

Whiteside plans to make his decision on July 1, and the Trail Blazers are also pursuing him. He averaged 14.2 points, 11.8 rebounds and 3.7 blocks per game last season.