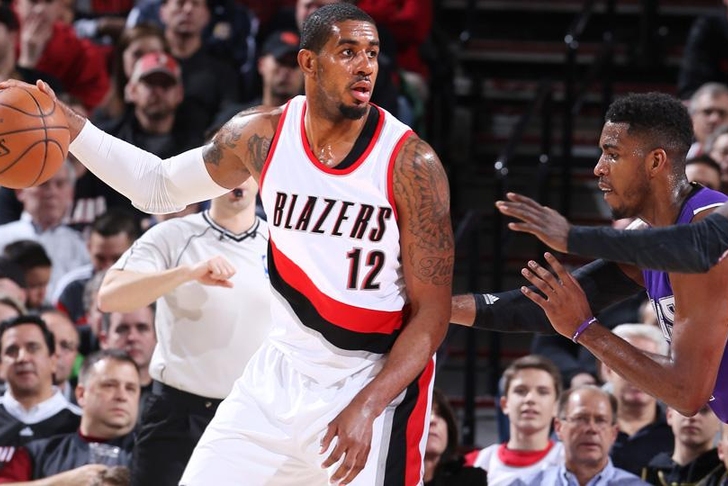 The Los Angeles Lakers have suffered through a down stretch the past couple years, but there’s no reason why this storied franchise can’t retool and reload in epic fashion this summer. Here's the latest on their free agency plans:

LaMarcus Aldridge, one of the most coveted players in this free agent class, met with the Lakers before any other team, according to ESPN. The meeting took place shortly after free agency officially began at 12:01 a.m. ET Wednesday. Los Angeles has reportedly move past the Mavericks on Aldridge’s wish list, and will be competing with the Spurs for his services.

However, the fact that he met with the Lakers before anyone else is a VERY good sign for Los Angeles. Initial reports suggest the meeting with Kobe Bryant and members of the front office went "really well", increasing LA's momentum in the race to land Aldridge.

Los Angeles is interested in improving their backcourt in free agency, and have targeted former Cavs shooting guard Iman Shumpert, according to ESPN’s Chris Broussard. The Lakers view him as a lockdown perimeter defender they can put next to D’Angelo Russell and Jordan Clarkson, neither of whom are great defensive players. However, LeBron James is a friend and big fan of Shumpert, and he wants Cleveland to bring him back.

The Lakers were content to let Ed Davis and Jordan Hill hit free agency, but they're still interested in bringing both players back at a cheaper price. Los Angeles has already talked with both players and both are interested in returning, but will listen to other offers before making a decision.