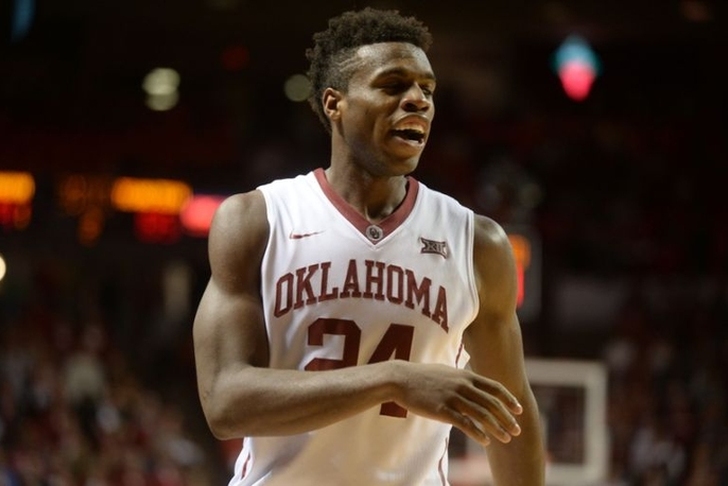 Lakers to trade for Barnes?
The Warriors have said that they plan to match any offer Harrison Barnes receives in free agency this summer (he's a restricted free agent), but that doesn't necessarily mean he'll be on their roster next season. According to the Sporting News, the Warriors would be willing to do a sign-and-trade, and the Lakers are one of the teams interested in acquiring him:

The one possible scenario in which Barnes leaves, the source said, would be if he approached the Warriors front office with a request to be elsewhere. If Barnes determines he would like to have a chance to be a more featured part of an offense, the Warriors would likely honor that — especially if a sign-and-trade deal could be worked out. A deal involving fellow free agent Nicolas Batum of the Hornets (Barnes played college basketball at North Carolina) has been rumored, but of course nothing along those lines has actually been discussed.

Several teams with significant cap space this summer — the Celtics, Lakers, Suns, Mavericks among them — have the intention of pursuing Barnes, especially as a fallback option for Durant.

Barnes averaged 11.7 points and 4.9 rebounds per game this season.

Ingram-to-Lakers a foregone conclusion?
The Lakers have all but guaranteed that they'll draft Duke's Brandon Ingram with the No. 2 pick in the draft, and Ingram added every more fuel to that fire when he posted a picture of him in a Lakers uniform with the caption "I love California."

Ingram quickly deleted the post and visited the 76ers today, who hold the top pick, but he is still projected to be the Lakers' pick.

Hield a possible dark horse at No. 2?
Though all signs point to Ingram, Los Angeles may not be set on him. Brad Turner of the LA Times notes that Oklahoma's Buddy Hield could be a dark horse for the Lakers:

Lakers to workout Oklahoma guard Buddy Hield June 18, per source. Wonder if Hield, a great shooter, is a possible dark horse candidate at 2?