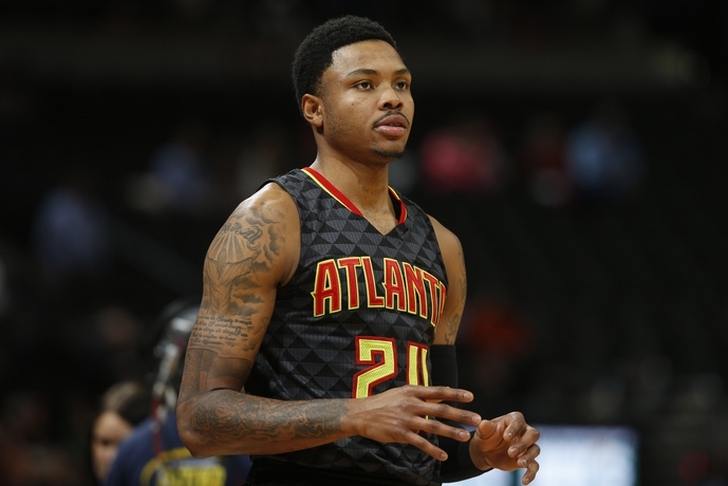 NBA free agency is officially here, and the Los Angeles Lakers are among the teams making moves early. They've already made three signings and might not be done yet. The rumor mill is buzzing with meetings and contracts, and we're here to get you caught up on what's happened so far. Here are all the latest Lakers rumors and news you need to know.

Bazemore Turned Down Lakers?
The Lakers really wanted Kent Bazemore, but he elected to return to the Hawks. He turned down more money in the process.

Kent Bazemore takes four years, $70M, turning down four/$72M from Houston and the Lakers, to go back to the Hawks, per source.

The Lakers getting turned down by Bazemore eventually led them to offer the same contract to Luol Deng, who accepted.

Latest On Lakers' Bigs
The Lakers really wanted Hassan Whiteside, but they failed to even get as a meeting as he re-signed with the Heat. They eventually sign Timofey Mozgov to a surprising $64 million deal. That's basically starter money, although the Lakers do have interest in Al Horford. However, Horford has reportedly narrowed down his list to the Celtics and Wizards. The Lakers could go add another big to backup Mozgov, but it's Mozgov who looks like the starter for next year.

Lakers Interested In Harkless?
Another player the Lakers have interest in is forward Moe Harkless, reports Marc J. Spears of ESPN. The Wizards, Pistons Mavs and Jazz are also interested. It's unclear if the signing of Deng moves the Lakers out of the running for Harkless. He's a restricted free agent, so the Blazers can match any offer.

Lakers Signings
Though no deal can be officially signed until July 6, several deals have already been agreed upon. Below, we have every Lakers deal signed so far, with the source linked as well.

Follow our Los Angeles Lakers team page for all the latest Lakers rumors, or download the Chat Sports App!