Lakers Rumors Roundup On Buddy Hield, Richard Jefferson As A Coach And LeBron Heading To LA? 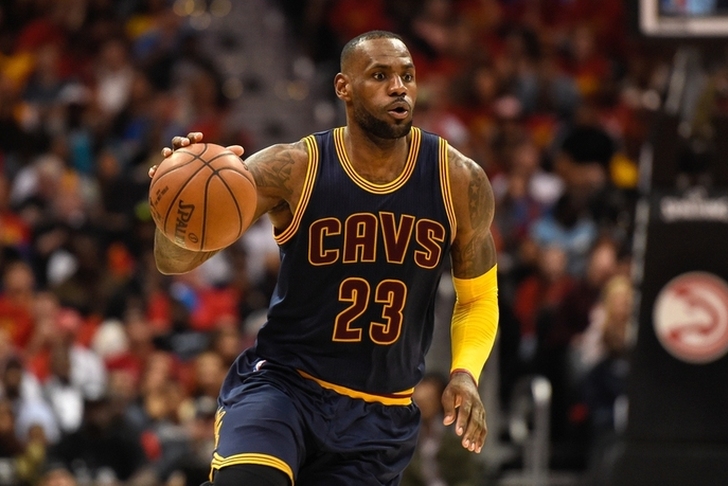 The NBA Finals are over, but the Los Angeles Lakers turned their focus to the offseason a long time ago. The draft is just a few days away and the Lakers are also preparing the start of free agency on July 1. With the No. 2 overall pick and plenty of cap space, it's not a surprise there are plenty of rumblings around the Lakers. Here are all the latest Lakers rumors and news you need to know.

LeBron To The Lakers?
James and the Cavs haven't even been champions for 24 hours, and yet there's speculation that he could leave the Cavaliers this offseason.

After finally delivering on his promise to win a title for Cleveland, even Adrian Wojnarowski thinks James could up and leave again. While the lure of Los Angeles is there (and the awesome weather), it seems unlikely for James to leave the city he loves. After all, the Cavs are fresh off an NBA Championship and in a position to make several finals in the coming years.

Buddy Hield Makes His Case
The Lakers are widely expected to take Duke's Brandon Ingram with the No. 2 overall pick. However, that hasn't stopped Oklahoma's Buddy Hield from making his case.

"Yeah, I'm just what the franchise needs," Hield told NBA.com. "The Lakers are losing Kobe and need a scorer. Why not? Why not come in and fill in the spot? I'm a confident player. That's what I've been. I've been under pressure my whole life; just overcoming obstacles and I know L.A.'s in the market and everybody says about the Lakers how they expect to win. I'm a player coming in and expecting to win right away."

While Hield's confidence in himself is impressive, it'd be a surprise if he ends up in LA, barring a trade by the Lakers to move back into the lottery. Hield is a likely Top 10 pick and could go in the Top 5.

Richard Jefferson To Coach?
The forward retired following Game 7 of the Finals, going out on top as a champion with the Cleveland Cavaliers. Now, he could end up as a coach under Luke Walton.

Hearing Richard Jefferson is retiring..this would be another guy likely to join Luke Walton's staff...high defensive IQ which is much needed

Jefferson is just 35 years old, making him young for a coach. However, he lasted in the NBA for so long in large part to his basketball IQ. While Jefferson is young himself, he's still only a year younger than the 36-year-old Walton.