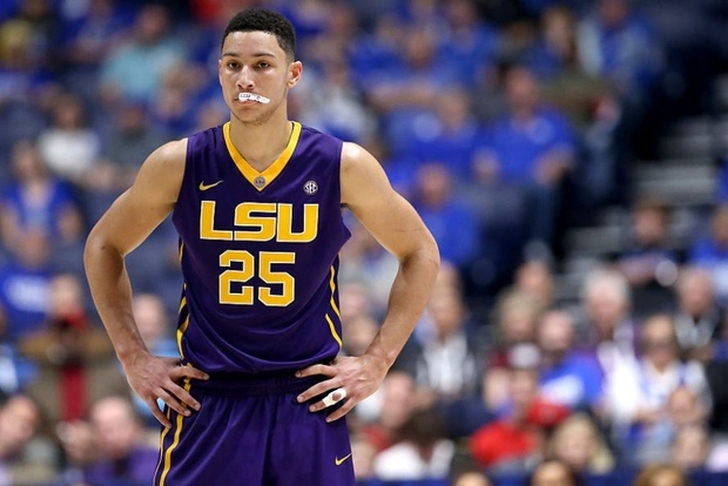 Lakers to get Ben Simmons
Los Angeles has been widely expected to select Brandon Ingram with the No. 2 pick, but he may not be available. 76ers president Bryan Colangelo told ESPN that they may pick Ingram over Simmons with the top pick:

"Brandon is everything we thought he was. Obviously in a one-on-none workout you aren't going to learn everything about a player, but that is why we scouted a lot of basketball games, watched a lot of tape," Colangelo said. "He is a versatile forward that was handle the ball, shoot the ball ... he is a silky-smooth small forward."

When asked about if they're favoring Ingram or Simmons, he said "it changes every day."

If that's the case, the Lakers are very likely to draft Ben Simmons with their pick.

Bass to opt out of contract wants to return
Forward Brandon Bass plans to decline his player option and become a free agent this offseason, according to Brad Turner of the LA Times. However, he would like to re-sign with the team.

Lakers forward Brandon Bass will excessive his option and will become a free agent, per his reps. Bass was due to make $3.1 mil.

Bass hopes to return to the Lakers and hopes the team wants him.

Bass averaged 7.2 points and 4.3 rebounds per game this past season.