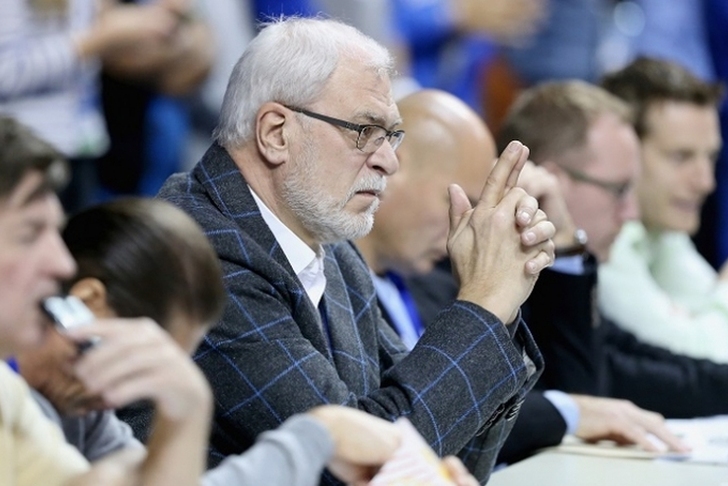 It has been rumored that New York Knicks president Phil Jackson may decide to use the opt-out clause in his contract to leave the team to re-join the Los Angeles Lakers this offseason, and now, there appears to be more legs to those rumors.

According to Marc Berman of the New York Post, Jackson has been giving advice to Lakers coach Luke Walton (who played for Jackson while playing for the Lakers from 2003-2012) throughout the course of the season, Walton's first as an NBA head coach:

Lakers rookie head coach Luke Walton admits he’s been in contact with Jackson from time to time to get advice — including right after he got the job last spring and as recently as three weeks ago.

Walton is one of Jackson’s favorite Lakers players he ever coached and was his first choice to coach the Knicks.

“I’ve definitely reached out to him about different things,’’ Walton said. “On how to coach. When I call him now, instead of random check-ins, it’s about specific things. I try to get his opinion on how he thinks I should handle something, on getting better at certain things, just picking his brain. So far he’s batting 100 percent.”

On the surface, that doesn't mean much given the relationship between the two. However, given Jackson's strange situation and seeming desire to go back to the Lakers, where he won five championships, Berman wonders if this is the start of him planning his exit from New York:

It’s not unusual for friendly competitors to seek advice. Carmelo Anthony has asked Kobe Bryant advice on how to deal with Jackson for years. But it does lead one to wonder how easily Jackson could fit into a Lakers position next season if Jackson and owner James Dolan mutually agree to part ways. Jeanie Buss is the Lakers president and Jackson’s fiancée.

The Knicks are currently tied for third in the Eastern Conference with a 14-10 record, while Los Angeles is 10-16.