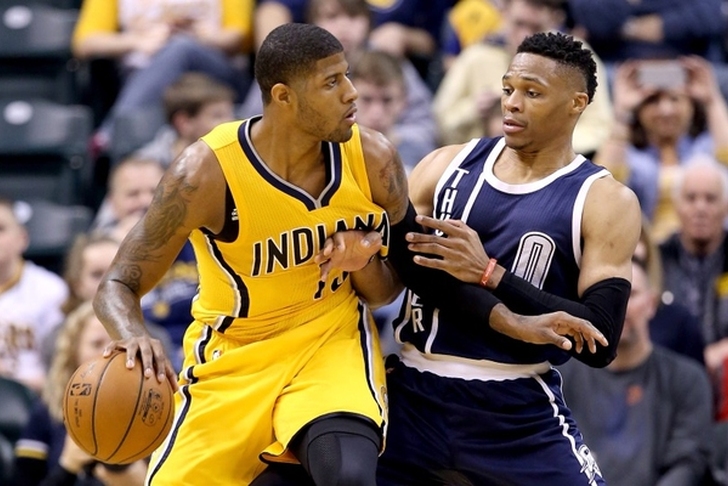 The Oklahoma City Thunder traded for Paul George earlier this offseason despite his stated intentions to join the Los Angeles Lakers as a free agent in 2018.

However, George will seriously considering staying with the Thunder if OKC competes for a championship this year, according to Erik Horne of The Oklahoman.

George could wind up much like Russell Westbrook: an L.A. man with a love for his native state and his adopted one.

It's a matter creating a new love affair – an appeal to the pickup game coordinator of Palmdale, the Gatorade pitchman, the Kobe lover, the pursuer of championships.

“If they can put something together in Oklahoma where they can win, will that mean L.A.'s completely out of play in free agency? No. L.A.'s always in play,” Granger said.

“But it'll be something he'll have to consider if the Thunder can compete for a championship next year.”

George had been telling friends he planned to join the Lakers no matter where he was traded to, but after the Thunder acquired him, teams around the league believe there is only a "75 percent chance" he goes to LA.

The Lakers are focused on ensuring they have the cap space to sign George and another superstar in 2018. As such, Los Angeles is adding shooters and signing players to short-term deals in this free agency period.