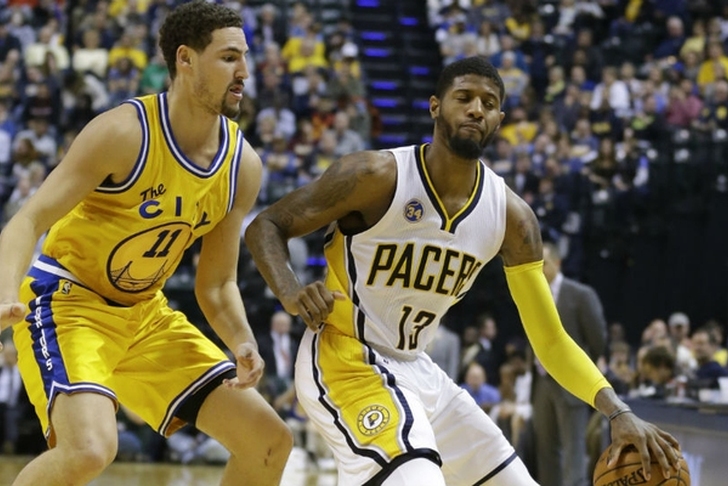 The Los Angeles Lakers are trying to acquire two superstars before the start of the 2018 season, and have their eyes set on several targets, including Paul George, LeBron James and Russell Westbrook.

George is certainly the most likely acquisition for the Lakers given his strong desire to play there, whether it be through a trade or by signing as a free agent, and he appears to have a preferred plan in place.

Instead of adding someone else in the 2018 offseason, George wants Klay Thompson to leave the Warriors and join him (preferably in LA) when Thompson is a free agent in 2019, NBC Sports Bay Area analyst Kelenna Azubike told 95.7 The Game's Joe Fortenbaugh.

Per @KAzubuike7, Paul George has reached out to Klay Thompson about playing together once Klay hits free agency (2019).

The Warriors plan to offer max contracts (or near-max contracts) to both Kevin Durant and Stephen Curry this offseason, which is projected to put them over the salary cap by the time Klay Thompson's contract is up. Thompson is expected to get a huge raise from the four-year, $69 million extension he signed with the Warriors, and Golden State won't be able to afford to re-sign him.

That would enough cap space for the Lakers to sign two players to max contracts, fulfilling their goal of adding two superstars.