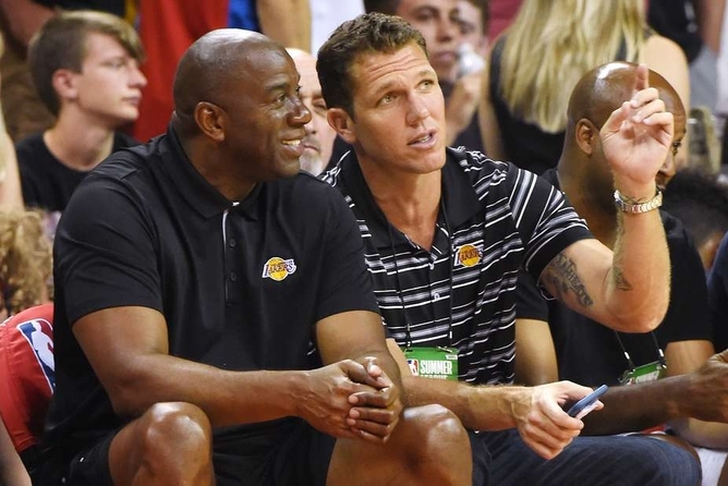 The Los Angeles Lakers re-signed Tyler Ennis to a one-year deal (with a team option for a second year) yesterday to serve as a backup to Lonzo Ball, and it's going to be the last roster move they make for a while.

According to Tania Ganguli of the Los Angeles Times, the Lakers plan to sign second-round pick Thomas Bryant to a two-way contract and will leave their final roster spot open for someone who impresses them during training camp.

Unless something changes, Ian Clark is not in the mix for the Lakers anymore, a source said. It's unlikely that changes.

Lakers have pretty much wrapped up for the summer. Will get Thomas Bryant signed. Likely fill last roster spot with 1 who impresses in camp.

The Lakers like having the flexibility of keeping that final roster spot open, which may come in handy if they make any trades before the start of the season.

Ennis played 22 games for the Lakers last season, including two starts. He averaged 7.7 points and 2.4 assists per game last year in those games.