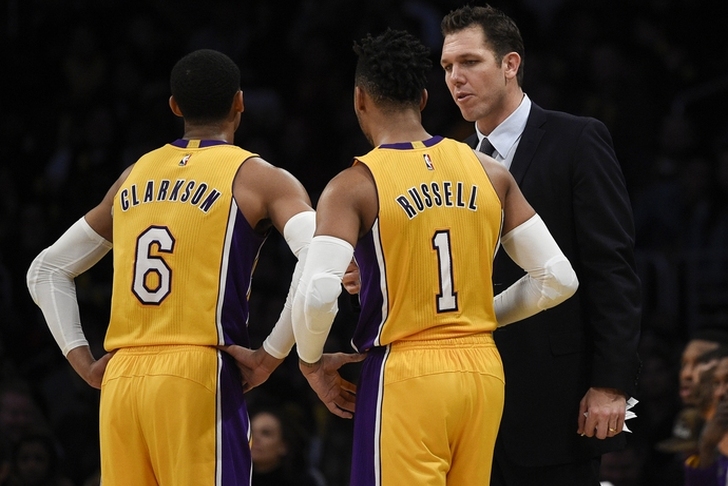 The Los Angeles Lakers are expected to take Lonzo Ball with the No. 2 overall pick (or UK PG De'Aaron Fox), which creates a bit of a log-jam at the guard spot. DeAngelo Russell would likely move to the shooting guard when Ball (or Fox) are selected. That then moves Jordan Clarkson, and his $12.5 million per year contract to a bench role. So maybe it's not a huge surprise that two different reporters say the Lakers have put Clarkson on the trade block.

"I’ve been told by someone in the know that the Lakers are "increasingly open-minded" about trading Jordan Clarkson and to not be surprised for him to end up being moved as soon as draft night," Hamilton writes. "That’s conjecture at this point, as the Lakers need not rush to clear what may appear to be a logjam in the making."

Jordan Schultz of Bleacher Report takes it a step further.

Per a source, #Lakers are not just "open-minded" to trading Jordan Clarkson, as has been reported, but are actively seeking out offers.

It's unclear what the Lakers are trying to get back for the guard who turns 25 later this month. He averaged 14.7 points, 3.0 rebounds and 2.6 assists per game last year.