Lakers Rumors: Los Angeles Is Only Trade Destination For Paul George Before Draft 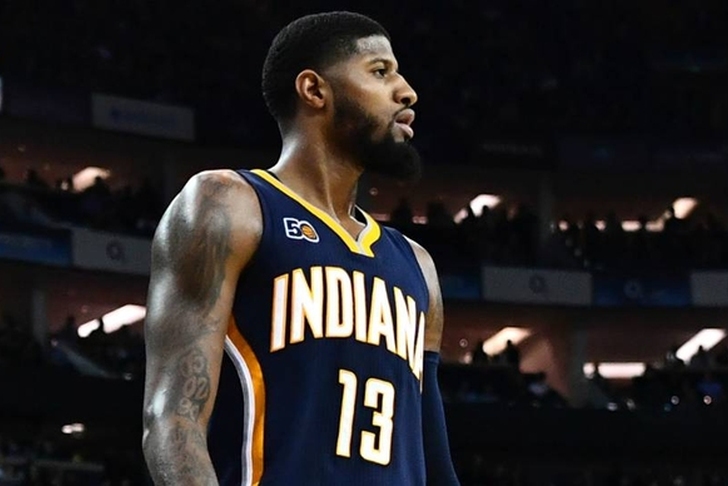 As the Los Angeles Lakers continue to try to work on a trade for Paul George, they have emerged as the only team that could possibly land George before the draft, according to ESPN's Brian Windhorst.

“In talking to league execs belief is growing that if Paul George is…traded before the draft it’s going to be to the Lakers,” Windhorst said on SportsCenter. “He has made it clear through his agent that he does not intend to extend his contract with anybody, under any circumstances, except the Lakers, and therefore, it makes it very hard for anybody besides the Lakers to give up any draft assets for Paul Geroge, it’s just not worth it to them. The Lakers move yesterday gives them multiple assets. League agrees that price for PG would be peanuts if LAL aren’t willing to include the number two pick and they’re not. Indiana has to decide, if they want draft pick compensation for Paul George, the Lakers are the team to make the deal with and the deal is to be made between now and tomorrow night.”

After acquiring the No. 27 pick from the Brooklyn Nets in the D'Angelo Russell trade, Los Angeles has offered Julius Randle or Jordan Clarkson, the No. 27 pick and the No. 28 pick to Indiana for George, but the Pacers are balking at the offer.

The Pacers are known to want the No. 2 pick from the Lakers, but Los Angeles is apparently adamant about not dealing that pick.

The Clippers, Wizards, Rockets and Cavs are also talking with Indiana about a possible George trade, yet they don't have the assets to compete with LA's current trade offer.