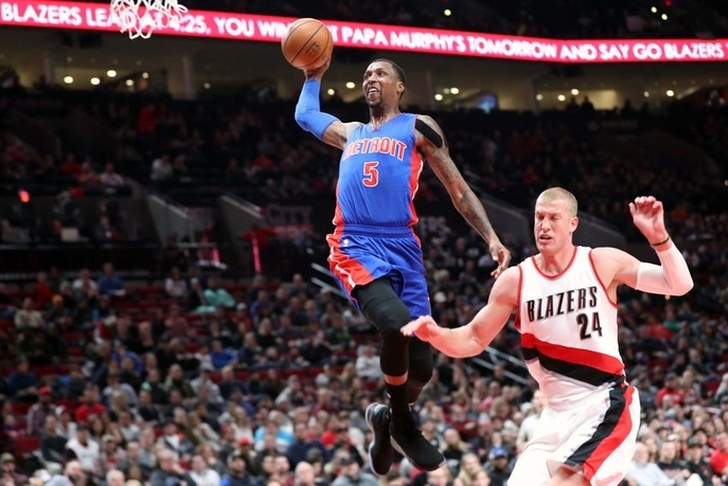 The Los Angeles Lakers haven't made any free agency moves yet, as they remain committed to maintaining cap space for next year. However, the Lakers did meet with a pair of guards Tuesday.

Both players would need to sign one-year deals to join the Lakers. That's an option for both players, since Caldwell-Pope could want to re-enter the market next year and Rondo hasn't generated much interest this offseason.

Rondo interests the Lakers as a potential veteran mentor for Lonzo Ball and a young Lakers team. He averaged 7.8 points, 6.7 assists and 5.1 rebounds per game last season in Chicago. Despite being viewed by some as a problem in the locker room, the Bulls' players (especially the young ones) liked Rondo.

Caldwell-Pope could start over Jordan Clarkson or be the first guard off the bench. The Pistons offered him $80 million over five years, far below what Caldwell-Pope was searching for. When KCP declined that offer, the Pistons traded for Avery Bradley and made Caldwell-Pope an unrestricted free agent. He put up 13.8 points per game last year and is still growing as a player.