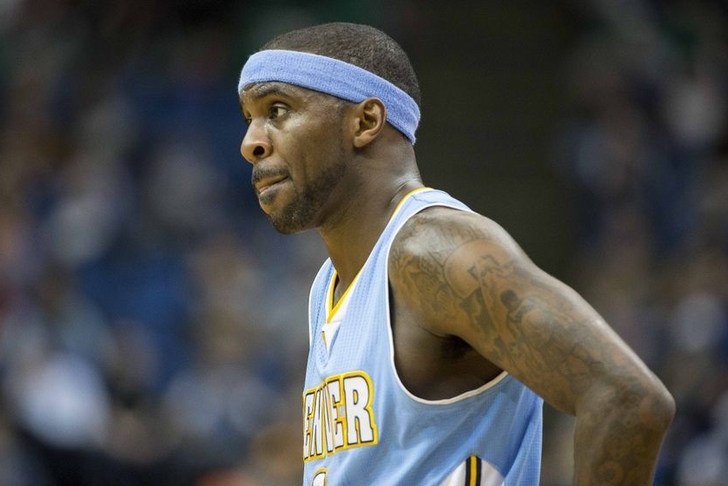 Despite another brush with the law, Denver Nuggets guard Ty Lawson remains a trade commodity for a few teams -- including the Los Angeles Lakers -- who may be looking to buy low on the troubled talent.

Via Chris Mannix of Sports Illustrated:

"Despite a second DUI arrest in the last six months, embattled Denver Nuggets guard Ty Lawson is generating interest on the trade market, NBA sources told SI.com. Houston, Detroit and the L.A. Lakers are among the teams that have expressed interest in Lawson recently, and there remains a strong possibility the Nuggets could unload Lawson before training camp."

With first-round pick Emmanuel Mudiay lighting up the NBA Summer League and seemingly on the fast track to starter status with the Nuggets, the Lakers could swoop in on Lawson who checked himself into rehab this past week.