Lakers Rumors: Los Angeles Interested In Caldwell-Pope As Part Of Pursuit Of LeBron In 2018 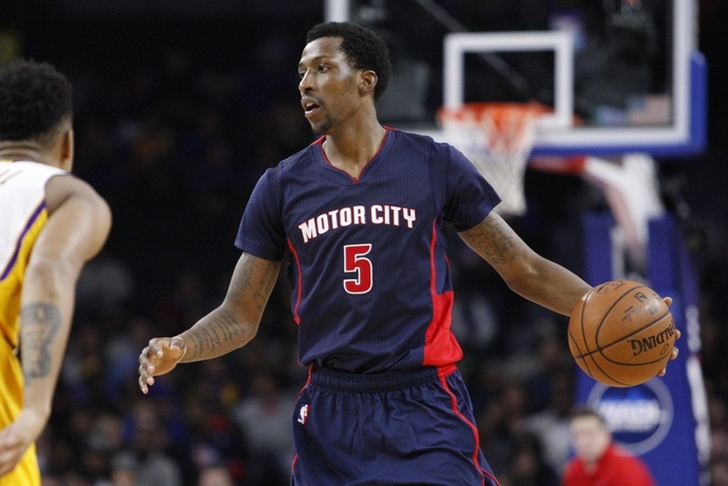 After the Detroit Pistons renounced their rights to Kentavious Caldwell-Pope yesterday, making him an unrestricted free agent.

The Los Angeles Lakers have expressed interest in signing him and hope that will help their pursuit of LeBron James in free agency next summer, according to ESPN's Adrian Wojnarowski.

“They could potentially sign him at a high number for one year, create more cap space next year and re-sign him to an extension as the Lakers try to pursue Paul George and LeBron James. Whether Paul is willing to do that one-year deal remains to be seen, but that's what the Lakers are pitching."

As for Caldwell-Pope himself, he would give the Lakers a young knockdown shooter who would help space the floor and would fit well in the backcourt next to Lonzo Ball.

Whether KCP would want to do a one-year deal remains to be seen. He turned down a five-year, $80 million offer from Detroit because he thought he could get a bigger offer from another team, but that has yet to be the case. The Brooklyn Nets also have serious in Caldwell-Pope.