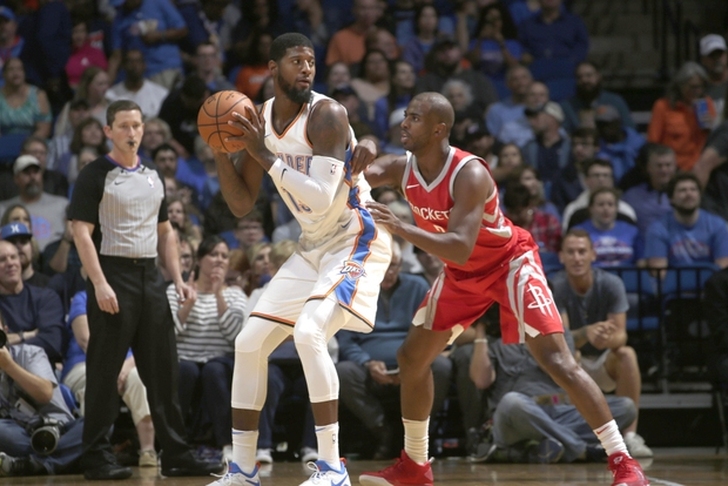 The Los Angeles Lakers have been planning to pursue Paul George in free agency this summer for a full year, even being fined for tampering, but they now have to fend off a new suitor for George in the Houston Rockets.

While the race for George was thought to be between only two teams in the Lakers and Oklahoma City Thunder, Houston also plans to pursue George this summer, according to Kelly Iko of Rockets Wire.

Houston was among the teams in discussions with Indiana about a potential trade for George last offseason prior to the Thunder trade but was not able to make the financial aspect of a trade.

The Rockets are also planning to pursue LeBron James - just like the Lakers - and George is nothing more than a backup plan for them. However, they'll have to clear significant cap space to offer either player a max deal, and they (likely) won't be able to clear that space without finding someone to take on Ryan Anderson's contract.

Los Angeles is obviously hoping to land both James and George, but they are prepared to pursue both Kawhi Leonard and Klay Thompson when they become free agents in 2019 should they strike out on either player.