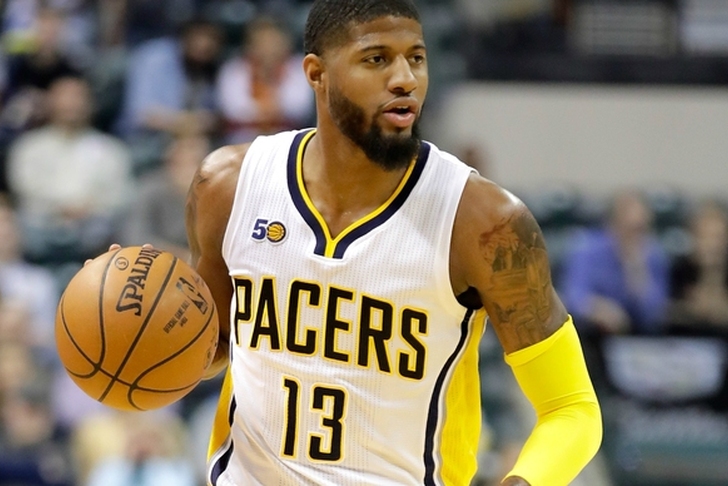 The Los Angeles Lakers want to land Paul George, but they appear content to try to wait until the Summer of 2018. The Lakers don't expect to swing a trade for George and will instead focus their attention elsewhere this offseason.

"The Lakers are not expecting to acquire George from the Indiana Pacers amid their insistence on keeping Lonzo Ball and Brandon Ingram," Mark Medina of the OC Register reports. "With their hopes set on George becoming available next summer, the Lakers want to pursue players who fit specific criteria that would accelerate the young roster’s development."

The Lakers will instead look towards shooters this offseason. They'll also look to avoid adding players with contracts longer than one year (or one-year with an option), as they keep their cap space free for a run at George in free agency.

The Pacers have had high demands in George talks. They rejected the Lakers' pre-draft offer of Jordan Clarkson/Julius Randle and late firsts. The Boston Celtics have made a better offer, but the Pacers want the Nets' first round pick. As long as the demands for George are that high, the Pacers will have a tough time finding a trade partner.