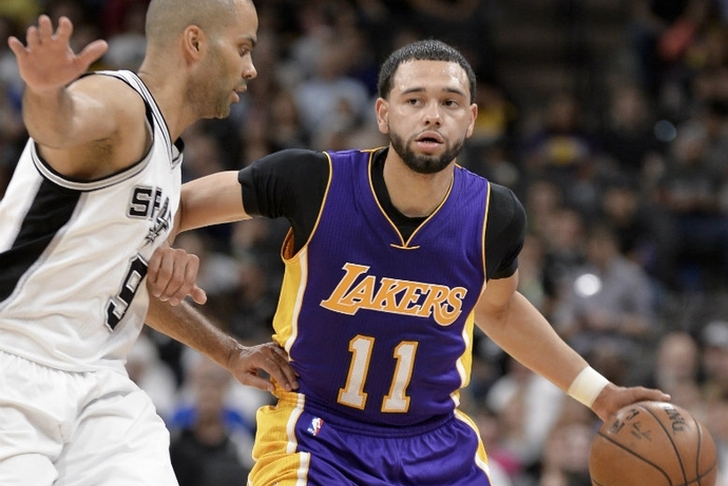 The Los Angeles Lakers are handing the keys of the team to No. 2 overall pick Lonzo Ball immediately as the team's starting point guard, but there is still a question mark at the position behind him.

After trading D'Angelo Russell and continuing to play Jordan Clarkson at shooting guard, and Lakers are considering four players to be Ball's backup, according to ESPN's Ramona Shelburne.

The Lakers are still debating on what to do with their backup point guard spot after meeting with Rajon Rondo this week. (Cont'd)

Lakers also weighing whether to sign a younger player like Tyler Ennis, Ian Clark or Isaiah Canaan in that backup PG guard role.

Ennis played 22 games for the Lakers last season, including two starts, and would appear to be the favorite at this time.

The Lakers have Rondo and Ennis a cut above Clark and Canaan on their wishlist, but with Rondo close to signing with the New Orleans Pelicans, it seems like Ennis will be the player Los Angeles signs.