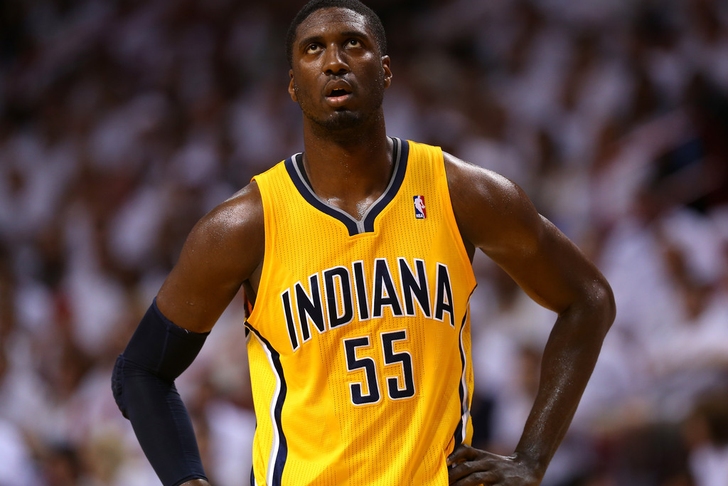 The Los Angeles Lakers may leave the 2015 NBA free agency period without any of their top targets under contract, but they are reportedly looking to other avenues in hopes of fortifying the roster for the 2015-16 season.

According to ESPN's Marc Stein, "ESPN sources say that the Lakers and Pacers are actively discussing a trade where L.A. would take Roy Hibbert into salary-cap space. After missing out on all of their free-agent targets, Lakers are talking trade with Pacers which would land them the former All-Star center."

Pacers management reportedly attempted to convince Hibbert not to opt into the final year of his contract, one that is worth more than $15.5 million for 2015-16. Head coach Frank Vogel even hinted that Hibbert could be benched next year as the team looks to take on a faster pace, while team president Larry Bird’s quote on Hibbert’s opt-in decision basically amounted to "whatever happens, happens."

Hibbert has one year left on his deal -- an expiring contract that could serve as both a trial period for him in Los Angeles and an assurance that the Lakers could seek out a replacement in 2016 free agency if he doesn't work out. He averaged 10.6 points and 7.1 rebounds in 25.3 minutes per game for the Pacers in 2014-15.

Stay tuned to Chat Sports for more on this developing story.