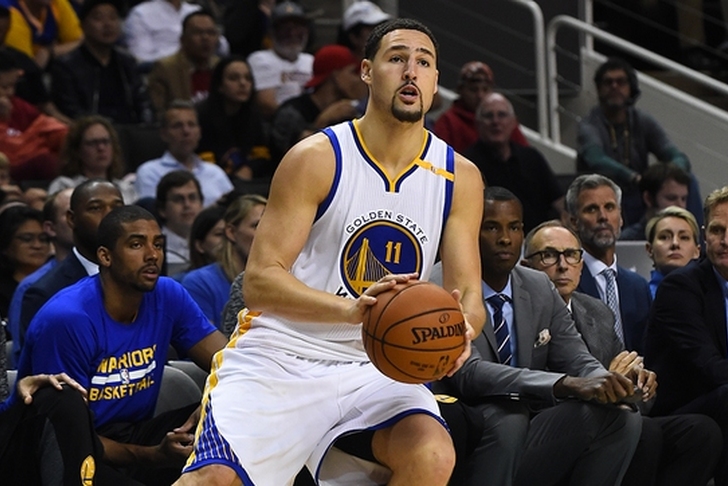 The Los Angeles Lakers are trying to acquire two superstars before the start of the 2018 season, and with Paul George insisting he will sign with the team as a free agent next offseason, he has reportedly done some recruiting on trying to get players to join him in LA.

Warriors sharpshooter Klay Thompson has reportedly had conversations with George about joining the Lakers, but Nick DePaula of The Vertical says that hasn't happened.

As for the recent Paul George / Lakers rumors, Klay Thompson shot that down & told me he hasn't spoken to PG at all lately.

Thompson won't become a free agent until 2019, but he is unlikely to re-sign with Golden State.

The Warriors plan to offer max contracts (or near-max contracts) to both Kevin Durant and Stephen Curry this offseason, which is projected to put them over the salary cap by the time Klay Thompson's contract is up. Thompson is expected to get a huge raise from the four-year, $69 million extension he signed with the Warriors, and Golden State won't be able to afford to re-sign him.

Los Angeles can have over $11.3 million in cap space this offseason, but are able to create over $60 million in cap space next year by parting ways with either Jordan Clarkson or Julius Randle and using the stretch provision on Luol Deng's contract. That would allow them to absorb Thompson's contract in a trade if they chose to acquire him before he becomes a free agent.