Lakers Rumors: Does Josh Jackson Have A Draft Promise From Los Angeles? 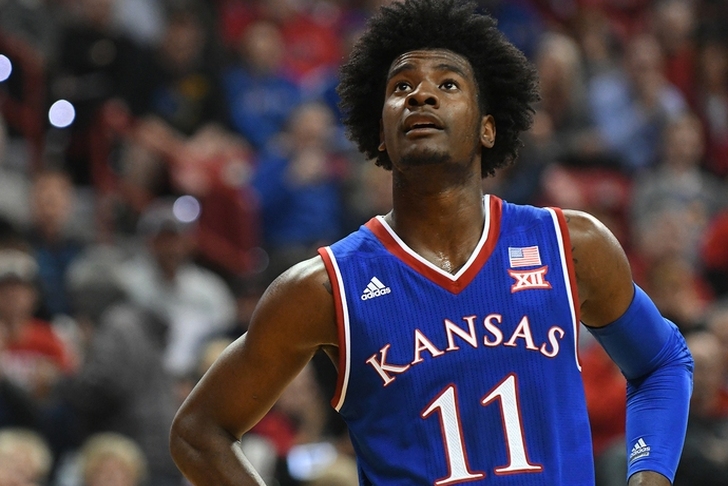 The Los Angeles Lakers hold the No. 2 pick in this year's NBA Draft and the latest rumor is the team could have Kansas forward Josh Jackson in their sights. In fact, the Lakers might have given Jackson a promise they'll draft him.

There was a report yesterday the Lakers have likely promised to draft Jackson, but that has been contradicted.  It started with a report from an Arizona-based reporter.

But then came the contradiction from Steve Kyler.

I saw reports of Jackson having a promise - if he has one it's not the Lakers, they have been adamant they have promised nothing to anyone.

With a second workout also planned for today and the buzz around Jackson and the Lakers, it's at least a possibility the team will take Jackson over Lonzo Ball. Before much of the pre-draft process, it seemed like a sure thing Lavar Ball would get his wish and the Lakers would take the UCLA PG. Instead, there's at least some drama around the No. 2 overall pick in the weeks leading up to the NBA Draft.

As for possible reasons why there are conflicting reports, perhaps the Suns believe there's a draft promise (Gambadaro does work in Arizona). Or maybe both sides are correct and the 76ers have actually promised Jackson (or even another team not mentioned). A third option this is smoke coming from a team (it is draft season after all). If the Lakers want to trade down and still land Lonzo Ball (or someone else), the best way would be to get a trade to move up to take the player they covet, like Jackson.