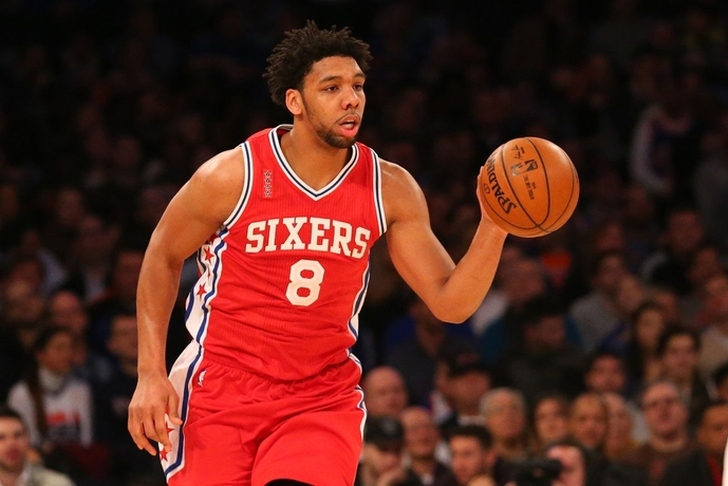 Lakers want to trade for Okafor?
Philadelphia is reportedly looking into trading Jahlil Okafor, the No. 3 overall pick in last year's draft, as they try to reshape their team. ESPN's Chad Ford says the Lakers could be interested in acquiring Okafor:

They might. They loved Okafor last year. That’s a high price for Philly though. - @chadfordinsider https://t.co/hY7Dio7Zpt

The trade proposal Ford is talking about involved the Sixers sending Okafor and the Lakers' 2017 pick back to Los Angeles for the No. 2 overall pick, giving Philadelphia the top two picks in this year's draft.

While that deal is purely hypothetical, it is clear from Ford's response that the Lakers will at least talk to Philly about a potential trade.

DeRozan definitely coming to LA?
Raptors guard DeMar DeRozan, a Los Angeles native, has been rumored to be leaving Toronto for the Lakers as a free agent this offseason, and those rumors have picked up even more speed. DeRozan's college teammate and friend, rapper Romeo Miller, told TMZ that the move is all but a done deal.

DeMar DeRozan’s days in the six might be numbered … that’s according to his best friend and former teammate, Romeo Miller, who says he knows where DeRozan is headed … and he strongly suggests it’s L.A. We got Romeo out at The Grove and asked him about DeMar … who will be one of the most coveted free agents of the NBA off-season.