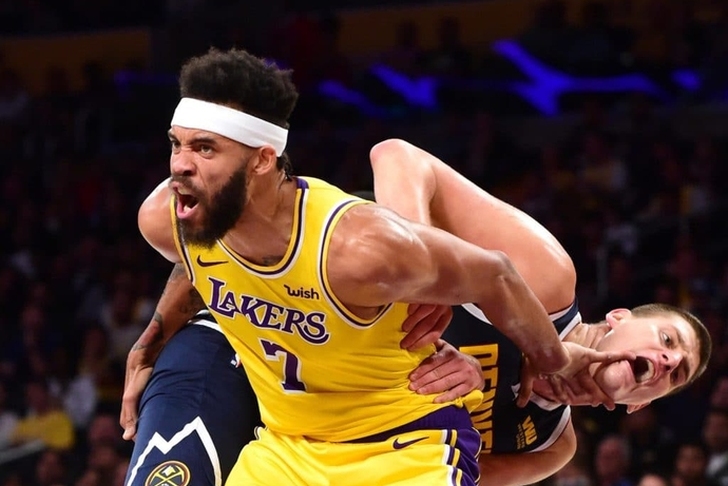 With the 2019-20 NBA season rapidly approaching, the Los Angeles Lakers will have quite a few questions to answer in training camp. One of the biggest questions for the Lakers will be who will start at center next season? The Lakers most recent addition, Dwight Howard, will make a strong case to start alongside Anthony Davis in the frontcourt. JaVale McGee, however, had an incredible season for the Lakers last year and will look to build on that. JaVale McGee expects to be named the starter for night one of the NBA season.

Like this video? If so, then SUBSCRIBE to the channel to stay updated on all of the latest Lakers news & rumors!

Signing Danny Green was arguably the biggest move the Lakers made this offseason in the wake of the Kawhi Leonard news. One Los Angeles Lakers’ beat reporter expects Danny Green to play more than 30 minutes per night in Frank Vogel’s rotation. Green has not played more than 27.5 minutes per game in his career, which came in his prime with the San Antonio Spurs. Can Danny Green remain productive in that kind of role for the Lakers next season?

Also make sure to subscribe to our main YouTube channel where we have all the latest NBA news & rumors all season long!

In the video above, NBA Now host Jimmy Crowther discusses the news on the Lakers receiving a disabled player exception from the NBA. Could Los Angeles use that to sign one of the remaining free agents on the market like Carmelo Anthony or JR Smith? Maybe the Lakers want to replace DeMarcus Cousins with another big man like Kenneth Faried or Joakim Noah. The DPE will not expire until March, so the Lakers could wait until Andre Iguodala finally receives a buyout from the Memphis Grizzlies and sign him in free agency.

Get all of your NBA news and rumors from Chat Sports!