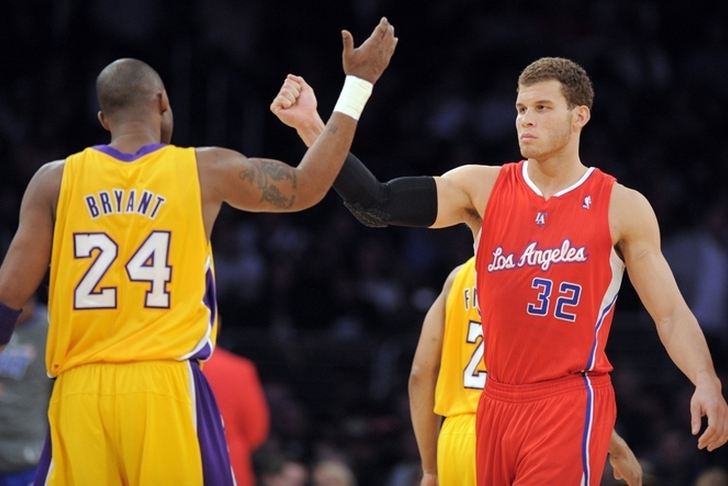 It looks like we're in for a Staples Center co-tenant clash this coming Christmas Day, with the Los Angeles Lakers and Los Angeles Clippers tentatively schedule to face off in one of the league's holiday showcase games.

Per Mike Bresnahan of the LA Times:

Lakers will apparently be home for Christmas. Clippers, too. They're tentatively scheduled to play each other Dec. 25 in a Laker home game.

A vocal sect of Lakers fans have really fueled the Los Angeles rivalry as of late, voicing their displeasure with the Clippers covering up the Lakers’ championship banners during home games with posters of the team's top players such as Blake Griffin and Chris Paul.

Whatever the case may be, Lakers/Clippers will be an intriguing showdown on a stacked day that will reportedly also feature an NBA Finals rematch between the Cleveland Cavs and Golden State Warriors.