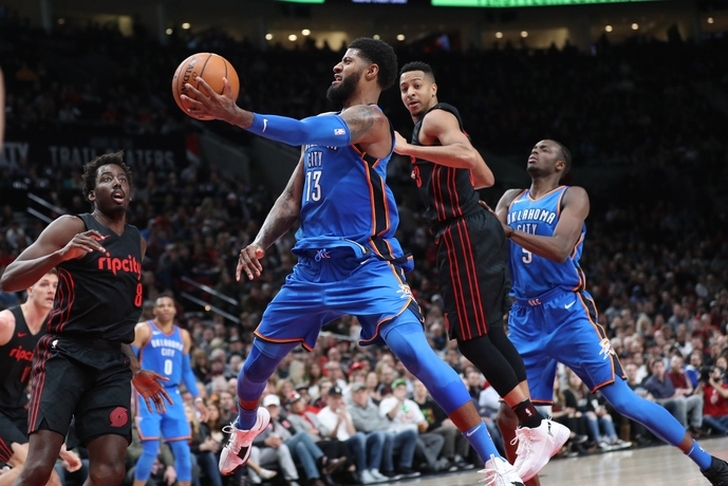 The Los Angeles Lakers have had Paul George as one of their top free agent targets for this offseason since new team president Magic Johnson and general manager Rob Pelinka took over.

Los Angeles was once thought to be a lock to land him but, with George talking glowingly about his time with the Oklahoma City Thunder, his future has become much murkier.

However, it appears that George may have already made up his mind about where he'll play next season. Portland Trail Blazers guard C.J. McCollum, who has been in contact with George trying to recruit him to Portland, said on The Woj Pod that he expects George to sign with the Lakers.

“I already tried to get Paul George once. He already turned us down once. I mean you can only shoot your shot so many times in the DMs before you give up. He left me on read receipt, but nah, he’s a cool dude. He’s got to do what’s best for his family. He couldn’t control where he went. He ended up getting traded anyway to OKC, so I wish him nothing but the best and I’m sure he’ll enjoy that California sunshine next season.”

The Lakers cleared enough cap space at the trade deadline to sign two players to max contracts this offseason and are hoping to land both George and LeBron James.