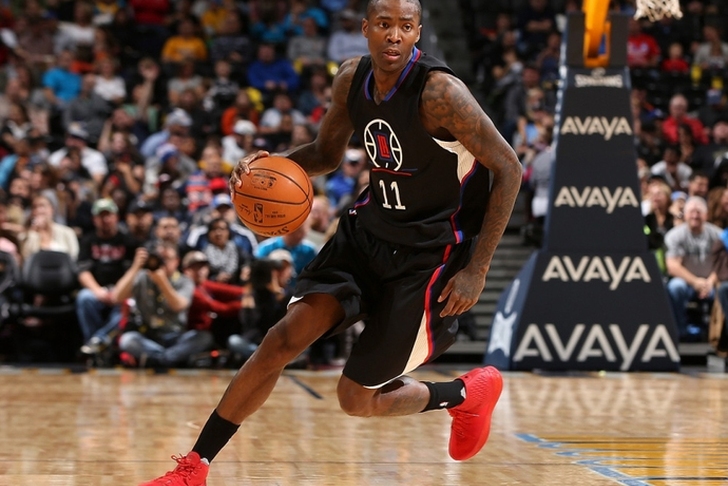 The Los Angeles Lakers have looking for veteran backcourt help in free agency, but after striking out on George Hill and Dion Waiters, they are looking elsewhere.

It appears that they have now turned their attention to Rajon Rondo, and Rondo's preference is to sign with the team to serve as a mentor for Lonzo Ball, according to Brad Turner of the Los Angeles Times.

Don't expect anything to happen with the Lakers and Rajon Rondo today, per source. But Rondo still very interested in Lakers.

Rondo was one of the players the Lakers reached out to at the start of free agency. Rondo, recently waived by the Chicago Bulls, could be willing to sign the one-year deal the Lakers are offering players this year. Los Angeles is focused on maintaining cap space for next summer.

Another player angling to join the Lakers is Jamal Crawford, who was traded to the Atlanta Hawks in a three-team trade that sent Danilo Gallinari to the Los Angeles Clippers. However, he has no intentions of playing for the Hawks and is seeking a buyout to join the Lakers, according to Marc J. Spears of The Undefeated.

Veteran guard Jamal Crawford's preference would be to join rookie Lonzo Ball in the backcourt with the Lakers if he can get bought out of his contract, a source told The Undefeated. With his family based in Los Angeles and a solid relationship already in place with Ball, the current Los Angeles Clippers guard would like to sign as a free agent with the Lakers if he were bought out of his contract by the Atlanta Hawks after an expected multi-team trade that is expected to send Danilo Gallinari to the Clippers. The Lakers have strong interest in signing Crawford as well, a source said, and have the money to offer a respectable contract. Crawford could possibly start at shooting guard for the Lakers and be a big help as a mentor and shot maker for the assist creating Ball.