Lakers Rumors: 76ers To Be The Biggest Threat To Los Angeles' Offseason Plans? 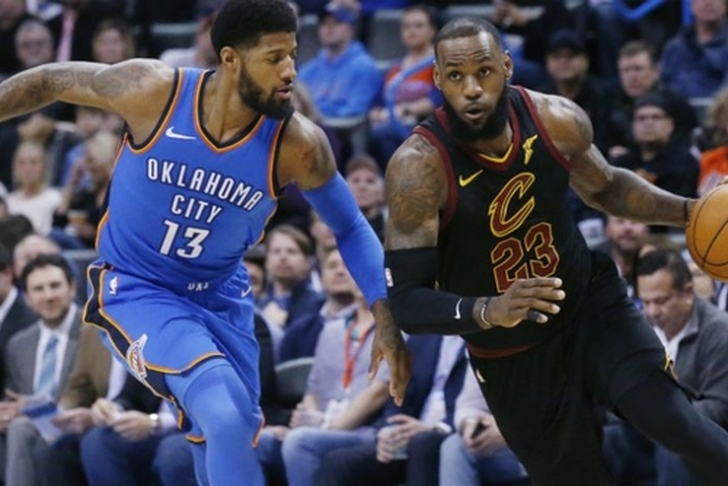 The Los Angeles Lakers have been planning for a pivotal summer as they've cleared enough cap space to sign two players to max contracts, hoping to add two All-Stars players to their talented young core.

That has been the plan since Magic Johnson and Rob Pelinka took over the front office and not landing a superstar player this summer may be viewed as a failure.

LeBron James and Paul George have been their targets throughout this process, and with Kawhi Leonard potentially being made available for trade by the Spurs, the Lakers are planning to pursue a potential deal for him as well.

However, Los Angeles is not the only team in the mix for those players. According to Keith Pompey of Philly.com, the 76ers also plan to pursue all three players and could potentially steal ruin the Lakers' plans.

The Sixers can’t publicly say so until July 1, but it doesn’t take an engineering degree to realize the team is prepared to do whatever it takes to sign James, a four-time league MVP. Oklahoma City small forward Paul George is another free agent the Sixers have interest in, according to folks around the league. He would be a great fit because of his ability to shoot the ball and defend.

Don’t be surprised if they also try to acquire San Antonio Spurs small forward Kawhi Leonard in a trade. Sources have said the Sixers have expressed interest in the two-time all-star. While he is eligible for a five-year, $219-million ‘super-max’ extension with the Spurs this summer, there are reports that Leonard wants out after staying away from the team for most of the season with a quad injury. He played in only nine games.

Philadelphia will have $31 million in cap space this summer, which is enough to sign George to a max contract - but James would have to take a slight pay cut from the $35.7 million max he's eligible for.

While 76ers could only sign one of those three targets, doing so would throw a wrench in LA's plans. Part of their pitch to both George and James will be the opportunity to play with each other.

NEXT READ: 3 Free Agents The Lakers Are Most Likely To Acquire In Summer 2018

James already owns a home in Los Angeles, which is where he trains in the offseason, and his kids have also been enrolled in school there. He is expected to decline the $34.6 million player option on his contract for next season in order to explore free agency. A number of other teams, specifically the76ers, Houston Rockets, and Los Angeles Clippers, are planning to pursue him on the open market.

George has expressed interest in signing with the Lakers dating back to last season and is the reason why the Indiana Pacers traded him to the Oklahoma City Thunder last summer. While he has openly expressed how much he has enjoyed this year in OKC, the allure of playing in Los Angeles still has a strong pull over the SoCal native.