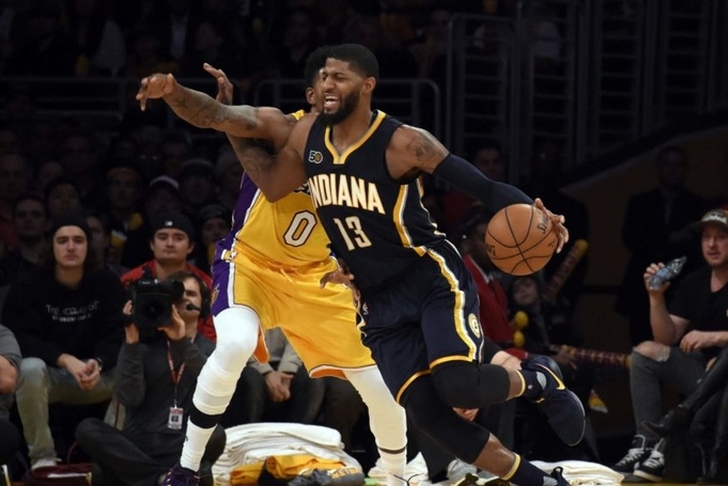 The Indiana Pacers shockingly traded Paul George to the Oklahoma City Thunder on Friday night, and had been fielding offers from several teams ever since George told them that he was going to leave in free agency next offseason to join the Los Angeles Lakers.

Though he is still telling friends he plans to join the Lakers in 2018, teams around the league believe there is only a "75 percent chance" that he goes to LA, according to ESPN's Zach Lowe.

Given what else was out there, this is a disappointing return for Indiana and new president Kevin Pritchard, even with the Pacers negotiating from a position of weakness. Every team, even George's suitors in Boston and Cleveland, thinks there is at least a 75 percent chance George stays true to his L.A. plans. The Lakers certainly think that. It is unclear if they even engaged the Pacers Friday night. They didn't yield on either Brandon Ingram or Lonzo Ball, and if they are sure George is heading their way, they were right not to. The Pacers do not appear to have been interested in D'Angelo Russell. Time will tell on the L.A. front.

The Lakers are focused on ensuring they have the cap space to sign George and another superstar in 2018. As such, Los Angeles is adding shooters and signing players to short-term deals in this free agency period.

"Of course in free agency we will be very, very strategic to keep the cap space in July 2018,” GM Rob Pelinka said. "We are going to be very sacred about that. We worked hard to get in that position and so we will be smart in free agency but add the right players to make sure our young guys are developed the right way and not too much too soon."