Lakers Not Tanking Despite Poor Play On Court, According To Byron Scott 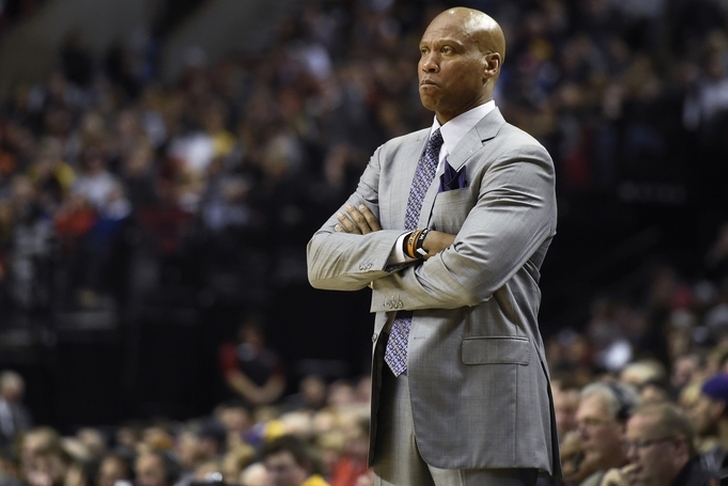 The Los Angeles Lakers have the second-worst record in the NBA at 11-48 and are on a six-game losing streak after losing to the Memphis Grizzlies on Wednesday night, but their struggles aren't the worst thing in the world.

The Lakers currently have a 55.83 percent chance that their draft pick will fall in the top three picks, which would allow them to retain it. If it falls outside the top three, the pick will go to the Philadelphia 76ers. However, Lakers head coach Byron Scott is adamant that the team isn't trying to tank in order to keep the pick

“That’s a bad way to present to our team that we’re trying to lose so we can protect the top-three pick,” Scott said. “That’s a bad omen to me. We didn’t try to do that last year. It sets a bad precedent, especially to this organization and people who have been in this organization for a long time. I never even behind closed doors tell my players, tell my coaches, tell the trainers or anybody that we’re trying to lose games on purpose.

“We’re going to go out and still try to win. Are we going to do that? Probably not. But we’ll at least give it our best shot. I’m not coaching looking at the clock thinking, ‘If they could just turn it over a few more times and miss a few more shots, this game is in the bag as far as a loss is concerned.’”

Los Angeles finished with a 21-61 record (fourth-worst in NBA) under Scott last year, which netted them the No. 2 overall pick thanks to the draft lottery.

Scott is just 32-108 during his year and a half coaching the Lakers, sparking speculation that he will be fired following the season. The Lakers signed Scott to a four-year, $17 million contract prior to the 2014-15 season.