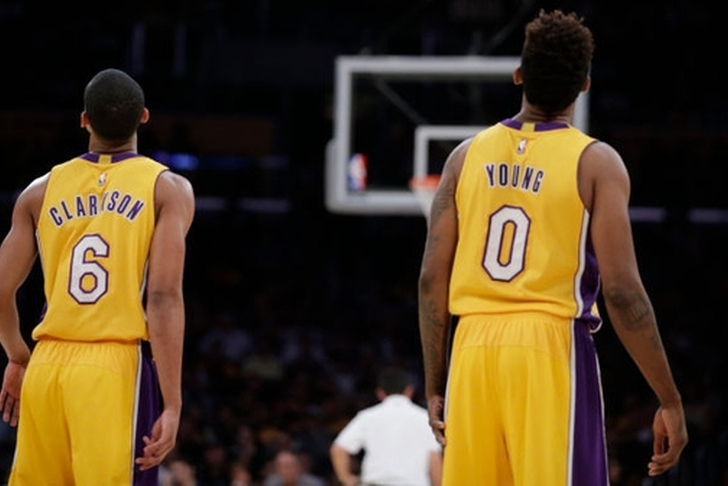 Alexis Jones and her 68-year old mother said there were at an intersection when a Jeep containing Clarkson, Young and two others pulled up next to them. At that point, they began making "vulgar and sexual" gestures according to Jones, who is an activist trying to stop athletes from committing sexual assault and abuse.

"She was super rattled," Jones said "That's the truth. It scared her. We were in a small car, and they were in a big Jeep, and it was a bunch of big dudes. They're leaning out of the car and making vulgar, sexual gestures. My mom was really shocked. That immediately turned into sobbing."

Jones said she had spoken with the NBA as recently as Friday about working with the NBA to help prevent sexual abuse in sports. Jones said she received a call earlier Monday from Lakers' spokesman John Black, who apologized. Jones was pleased with the way the Lakers have responded and that she's not trying to shame Clarkson and Young.

"I'm not special. This is happening to women everywhere," Jones said. "I'm not here to shame them. That's the last thing I want to do ... I don't want to crucify them. I want to use it as an opportunity to change behavior."