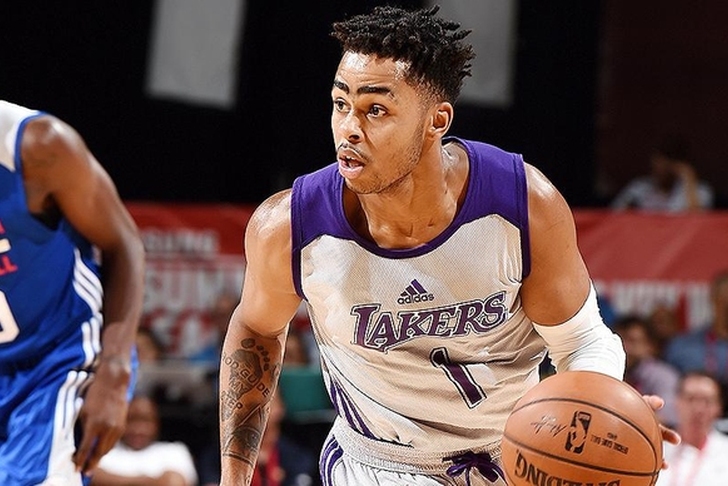 The Los Angeles Lakers are though to be one of the frontrunners to trade for Russell Westbrook if the Thunder make him available, but that may not be the case anymore.

According to Bill Plaschke of the Los Angeles Times, D'Angelo Russell's outstanding play in Summer League has caused the Lakers to reconsider their pursuit of Westbrook:

Now, after watching Russell playing so freely in the beginning shades of Coach Luke Walton’s new offense, the move to acquire Westbrook has slowed just as Russell’s progress has quickened.

Why give up Russell and other young Lakers talent — Jordan Clarkson, Julius Randle or Brandon Ingram — for a player who can just sign here after he becomes a free agent next summer? Yes, the Lakers are risking the possibility that Westbrook gets traded to some place like Boston, becomes happy and stays there.

But the sudden development of Russell makes that wait a risk worth taking, and no, a certain columnist never thought he’d be writing that sentence.

Russell has been arguably the biggest star in Las Vegas during Summer League, averaging 21.8 points, 6.5 rebounds and 4.0 assists per game in his first action in Walton's system. He also hit a stunning buzzer-beater to lift the young Lakers past the 76ers:

Obviously, good performances in Summer League doesn't necessarily mean that Russell is going to have a great regular season, but it has made the front office want to give him a chance to show what he can do under Walton.