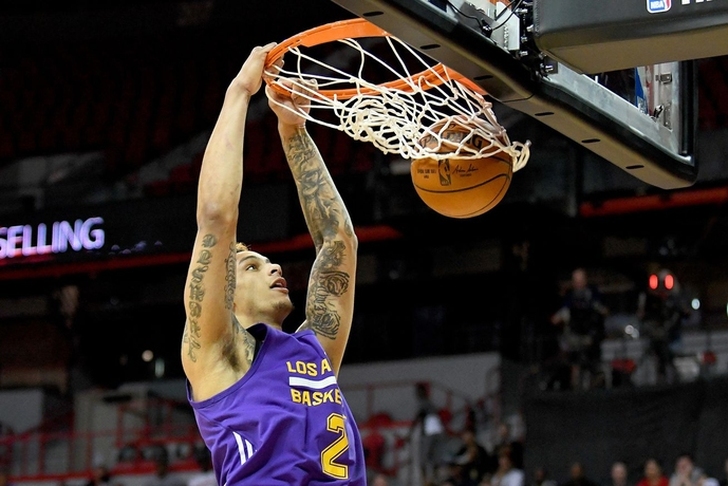 The Los Angeles Lakers have added two more players to their roster. The team has signed forward Zach Auguste and Travis Wear.

The Lakers signed forward Travis Wear to a training camp deal, league source tells @TheVertical. He will compete for a roster spot.

The Auguste signing had been reported earlier Sunday, with the Lakers confirming it Monday. Auguste played for the Lakers' Summer League team. The deal for Auguste wasn't announced, but it likely features little, if any, guaranteed money. He put up 5.3 points and 4 rebounds per game in the Summer League.

Wear started his college career at North Carolina before heading to UCLA for his final three seasons. He played 51 games for the New York Knicks in the 2014-15 season, and even put up 21 points in one game. But he played overseas last year in Spain.

The Lakers roster stood at 16 with the addition of Auguste, but the reported move of adding Wear would increase it to 17. NBA teams can only carry 15 players, meaning other moves would need to be made. Nick Young has been linked to a possible trade or release.

Follow our Los Angeles Lakers team page for all the latest Lakers News or download the Chat Sports App!