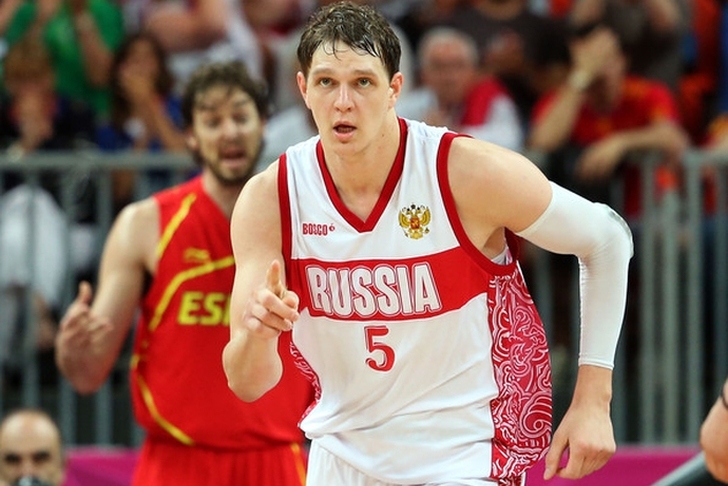 Los Angeles Lakers center Timofey Mozgov suffered a groin injury while playing for the Russia national team, forcing him to miss the rest of their international tournament. The Lakers announced that he will be re-evaluated next week:

After undergoing an MRI on Saturday, Mozgov will miss Russia's next two games at its international tournament in Tbilisi, Georgia, and be re-evaluated sometime mid-next week, per Lakers spokesman John Black.

The Leningrad native has a decorated career representing his home country, including winning a bronze medal at the 2012 London Olympics where he averaged 10.0 points. He played professionally in Russia for six years prior to the NBA and also helped his national team to bronze at the 2011 FIBA European Championship.

The injury isn't thought to be serious, and that Mozgov is being held out as a precaution.

Mozgov signed a four-year, $64 million deal with the Lakers this offseason. He averaged 6.3 points and 4.4 rebounds per game with the Cavs last season.