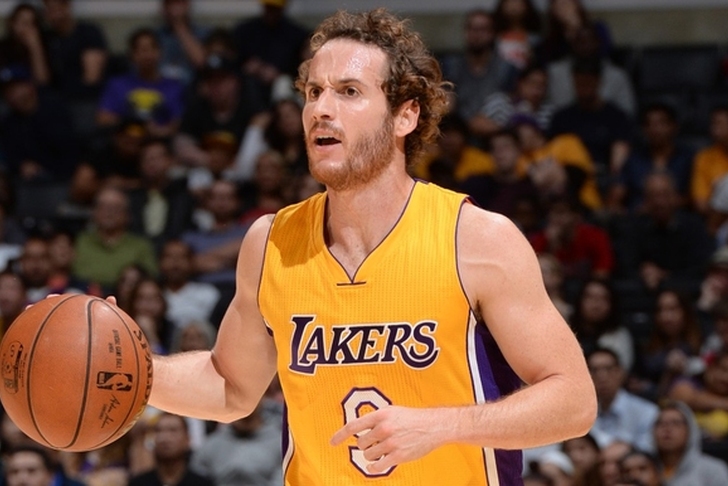 The Los Angeles Lakers announced they have officially re-signed point guard Marcelo Huertas to a two-year deal, though they didn't disclose the terms of the deal.

“Marcelo’s understanding of the game, unselfishness, and professionalism are assets to our team and he has an uncanny ability to change the pace of the game,” said general manager Mitch Kupchak. “He’s fundamentally solid but also has a flair and excitement to his style of play, which makes him a fan favorite.”

The 33-year-old Huertas made an immediate impact off the bench for the Lakers as an NBA rookie last season, showcasing his crafty passing ability and experience. He averaged 4.5 points and 3.4 assists in just 16.4 minutes per game backing up D'Angelo Russell, which he will do again next season.

Before joining the Lakers, Huertas played for FC Barcelona. He is currently in Rio playing for Brazil in the Olympics.